Rare and Microsoft had already switched to seasonal updates and a Battle Pass at Sea of ​​Thieves (from 24,99€ at buy) announced. Now the starting shot has been dated:

The  first season starts on January 28th, which is supposed to include 100 progression levels (with associated rewards) that you complete in the areas of exploration, adventure (“treasure hunt”) and combat.

The  change will of course have an impact on the further development of the pirate adventure: Instead of delivering new content every month, as before, updates will now only be made every three months at the start of the next season.

Sea of Thieves Season One begins on January 28th. pic.twitter.com/EM7LALD1hR

In the first season there will be a new type of mission for the trade alliance, in which you first have to collect various clues on land and at sea in order to finally discover a lost shipwreck with valuable cargo.

In addition to the Battle Pass, which will be free for all players, according to Eurogamer.net there will also be a chargeable Plunder Pass which, in addition to access to a few exclusive items, also grants discounts in the Pirate Emporium Store on the premium content there should.

Siltronic is taken over by Globalwafers – WACKER CHEMIE shares –... 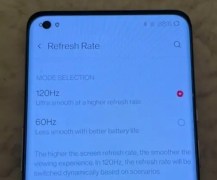 OnePlus 9 Pro comes with a new display: Curved and 120Hz