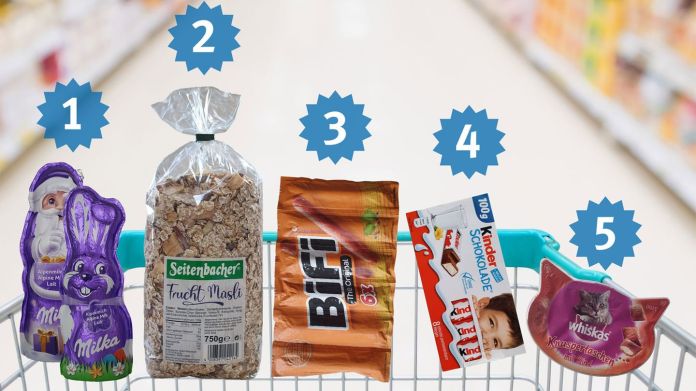 poll
Milka, Bifi or children’s chocolate – what is the sham package of the year?

Which is the sham of the year?
© VZ Hamburg

The consumer advice center Hamburg can vote on the “sham package of the year”. Five candidates are available because of hidden price increases.

Smaller Easter bunnies and shrunken mini salamis – consumer advocates are again looking for the “sham of the year”: Since Wednesday, consumers have been able to choose from five products on the umfrage.vzhh.de site that they consider to be a particular deception. The survey is being organized by the Hamburg Consumer Center and voting will run until January 24th. Around 3000 complaints were received in 2020, from which the products were selected.

For example, the Milka Easter Bunny and Santa Claus are denounced by Mondelez. Both sweets have become easier, but are sold by retailers for the same or a higher price, explained the consumer advocates. The hidden price increase is up to 36 percent. Mondelez pointed out that the content and weight are on the products and that retailers ultimately determine the final prices.

There is also a choice of fruit muesli from the manufacturer Seitenbacher. The filling quantity is lower, the recipe is “almost identical” – nevertheless the product is being marketed as new and consumers pay up to 75 percent more, depending on the supermarket. The manufacturer stated that it was a “relatively new” product.

Candidate three is the Bifi mini salami from Jack Link’s, which has been sold in packs of six instead of five since last year. However, the individual salami has shrunk from 25 grams to 22.5 grams and the price has been increased. The bottom line is that the product is 16 percent more expensive, criticized the consumer advice center. Jack Link’s pointed out, among other things, increased prices for the meat.

“Sham of the month” 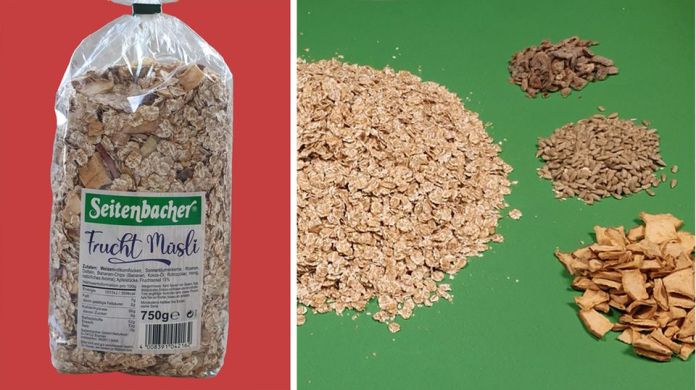 The popular children’s chocolate from Ferrero is also up for voting. The manufacturer took two bars out of the pack and the sales price fell – however, the shrinkage in some shops was associated with a slight hidden increase. Ferrero referred to research results, according to which the smaller pack arrives better and also stated that the manufacturer has no influence on the final price.

This time cat food also made it into the selection for the “sham package of the year”: the Whiskas crispy bags from Mars. The filling quantity has been reduced, but the price has remained the same for many retailers. Mars referred, among other things, to increased costs.

Basically, the manufacturers give a non-binding price recommendation for their products. The dealers set the final sales prices. The consumer center in Hamburg complained that this often creates a “win-win situation for retailers and manufacturers at the expense of consumers”. The manufacturers would often “cleverly cover up” their reduction in filling quantities. The dealers, in turn, profited because they “raise prices even though there is less content in the package”.

Nicaragua: A rare white tiger was born in a zoo

The series “The Gang from Baker Street”