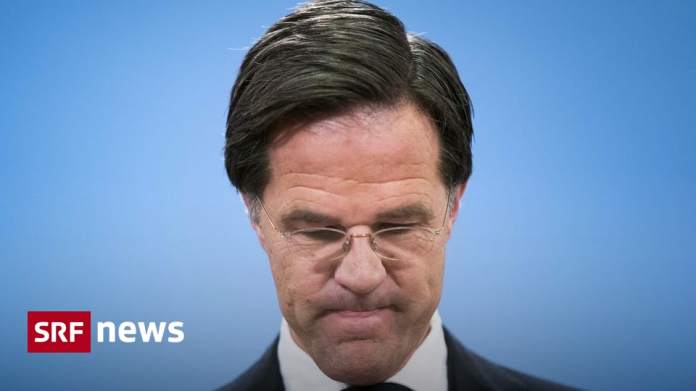 The  government of Prime Minister Mark Rutte is drawing the conclusions from an unprecedented affair over child benefits. Around 20,000 parents were falsely portrayed as fraudsters between 2013 and 2019 and plunged into great financial hardship.

The  rule of law has failed all along the line

The  affair became acute after a parliamentary commission of inquiry had sharply condemned the actions of politicians, authorities and the judiciary in December: “

The  basic principles of the rule of law were violated”.

The  government has already promised compensation of 30,000 euros per family.

The  cabinet, led by Prime Minister Mark Rutte, met in

The  Hague on Friday to discuss the political consequences of the affair.

The  rule of law had failed across the board and “citizens were not protected against a powerful state,” said Rutte.

Before the meeting began, various ministers indicated that resignation was inevitable. A clear “break” is necessary, said the Minister for Foreign Trade, Sigrid Kaag. “Trust in the state must be restored.”

The  resignation is seen primarily as a symbolic step and is unlikely to have any impact on the outcome of the election on March 17th. Rutte assured that the fight against the corona pandemic would continue unabated.

Gisin on course for medals after Super-G: “I’m back in psycho...

5 free games for Xbox with this simple trick

Stricter measures – this is how Germany wants to save Christmas...

Rush to Ikea in lockdown

Buy PS5: Insider confirms new consoles – when will the next...