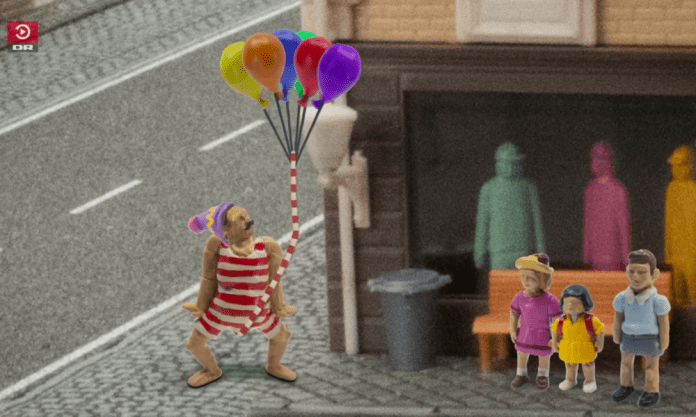 According to the authors, the target group for the series is children between the ages of four and eight. But in the animated series, the main protagonist’s genitals are the focus, is the name of the criticism.

The plot revolves around John Dillermand, a mustached man in a striped old-fashioned bathing suit, whose striped, tentacle-like penis – to John’s chagrin – sometimes shows a will of its own. Most of the time, however, his genitals help him with his daily tasks, such as barbecuing or walking the dog, as in the first episode. And one day it may even help him to save the world, according to a description of the animated series.

A title song that goes with it says roughly translated that John Dillermand has the longest penis in the world, and “there is nothing he cannot do with it.”

The idea of ​​tentacle-like genitals is not new in the world of animation. But before that, such forms of representation were mainly used in cartoons aimed at adult audiences. But a series for children between the ages of four and eight that revolves around the “man with the longest pee in the world” was perhaps a step too far – at least for some Danish parents.

There were numerous reactions on the station’s Facebook page. For example, it is said that this is “the most tasteless and least child-friendly thing I’ve seen in a long time on a children’s station.” In another comment, a user requested, for example, that the program should be canceled immediately because “children should not see” what is being shown. One person asked the broadcaster: “Do you seriously believe that something like this belongs on children’s television? What sane person can seriously think up something like this?”

Critics of the series complained, for example, that the show gives children a wrong understanding of what “private” means in the expression “private parts” and thus possibly makes the youngest more susceptible to sex offenders.

Yes, there were also positive reactions. This is what a Danish user wrote on the Facebook page of DR Ramasjangthat “John Dillermand” is really entertaining for children and adults alike and goes well with the general style of the station. The pedophilia concerns were dismissed as a moral panic.

The station itself stands by its work. The broadcaster’s boss Morten Skov Hansen announced that child psychology experts were called in for the production.

“There have been a lot of positive comments from parents who have used the show to speak to their children about the body,” he noted. “They should be fun for them.”

The series is said to have 20 five-minute episodes in its first season, more than half of which have already been published on the station’s website.

Despite defeat in Rome – YB one point is missing for...

The 5 most important questions about the economy in the Corona...

Carsten Jancker and the “Mission 2028”