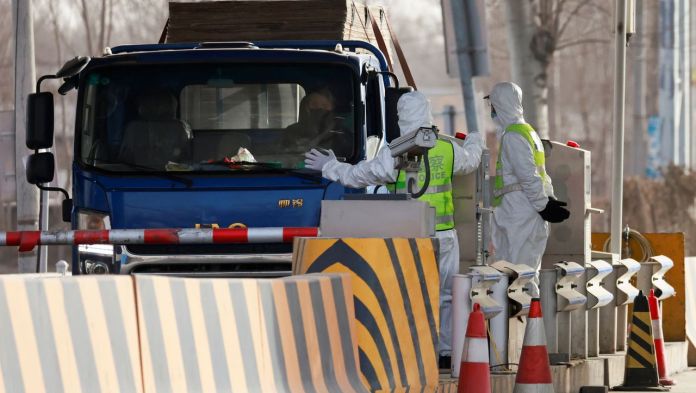 China is resolutely taking action against the rising number of corona infections in the country – and is sealing off entire large cities due to the comparatively low number of cases. After a curfew was imposed on the approximately 18 million residents in the cities of Shijiazhuang and Xingtai last week, the five million residents of the Langfang administrative district should not leave the city for seven days. The city government announced.
The residents of the industrial city located around 55 kilometers south of Beijing are initially only allowed to leave their hometown for a week in absolute emergencies, it said. All weddings and other family gatherings would have to be postponed, funerals should only take place in small groups.

The strict measures with a simultaneously low number of cases are intended to prevent the virus from spreading at an early stage. The latest rules were preceded by the discovery of a corona case in the Gu’an district. The local health authority said that all 4.9 million people in Langfang should now be tested for corona within two days.

China reported the highest number of infections since July on Monday

All three cities are located in the eastern Hebei Province, which surrounds China’s capital Beijing. In the past few weeks, 560 infections with the novel corona virus had been detected in the province. In 234 cases, those affected were symptom-free. A total of around 74 million people live in the province.
Overall, the number of infections in China is extremely low compared to most Western countries. Hebei’s health commission reported 40 new cases on Tuesday. The day before, there were 82 infections in Hebei and 103 nationwide – the highest number of days in China since July.
The authorities are concerned that sources of infection are now being found again because the Chinese New Year will be celebrated in mid-February. Millions of Chinese people usually travel on this occasion.

China allows WHO experts to enter

Most recently there was a controversy that China had prevented World Health Organization (WHO) experts from entering the country. On Monday, China finally let the experts into the country. Together with Chinese scientists, they are to investigate whether the coronavirus can be traced back to its origin.

Lindner says what Germany can learn from Biontech’s success story

That was hidden behind Laura’s third Advent door!

Leander makes a sweet declaration of love to Melissa Damilia 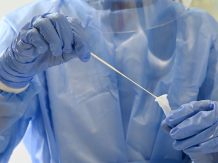