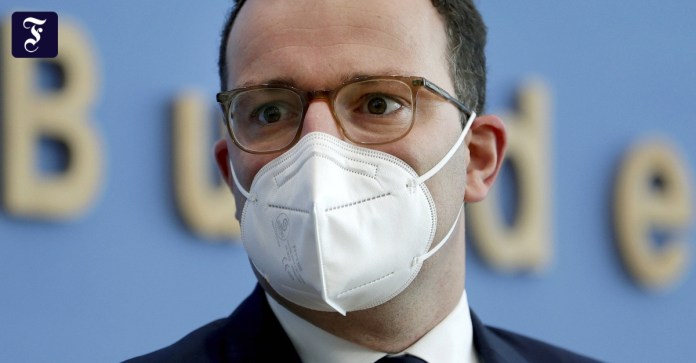 Whe is offered a vaccination against Covid-19 by the state, will not be able to choose the vaccine administered for the time being. Making such a selection is not possible “at the moment and foreseeable” due to the current scarcity, stressed Federal Health Minister Jens Spahn (CDU) in an online discussion on Saturday.

Regarding reports on excess vaccine that has already been taken out of the refrigerator at individual locations, the minister said that it is essential to maintain the established prioritization of certain groups. Nevertheless, a pragmatic decision must be made in the specific case – for example, members of the vaccination team could then receive the vaccine. “When in doubt, everything is better than throwing something away,” said Spahn.

The chairman of the Standing Vaccination Commission, Thomas Mertens, said that the two vaccines from Biontech and Moderna, which have been approved in Europe so far, are “equivalent in effectiveness and safety”. It is now too early to make relevant statements for other vaccines for which the approval process has not yet been completed.

According to the experts, to ensure adequate protection against Covid-19, the vaccine must be administered twice – with an interval of at least three (at Biontech) to four (Moderna) weeks. Otherwise, according to Mertens, there is not only insufficient protection for those affected. There is also concern that this could lead to the development of mutations in the virus that are immune to the vaccine.

When asked whether it would be possible to administer vaccines from different manufacturers to a person, Mertens said that this was “under no circumstances” possible even with vaccines that were based on the same principle of action. Because so far there is “zero data”.

According to Spahn, over half a million people have been vaccinated against Covid-19 for the first time since the vaccination started in Germany at the end of December. He countered critics who complain about the slow start of the vaccination campaign and link this with the currently applicable contact restrictions: “Vaccinating now would not have made the lockdown unnecessary.” This shows the situation in Israel and Great Britain, where there is already one greater proportion of the population was vaccinated. But there are apparently many vaccine skeptics, especially among nursing staff in Germany. In some German nursing homes, only one in three employees can be vaccinated. In other institutions the numbers are better, but there is resentment. Read the background here.

During a test run in a vaccination center, the Berlin Senator for Health Dilek Kalayci (SPD) contradicted Spahn’s announcement on Saturday evening that no one could choose their vaccine for the time being: “Citizens should have the freedom to decide which vaccine to use want to be “, she said according to a report by the RBB evening show. In Berlin, it is planned to vaccinate the vaccine of the Mainz company Biontech and its partner Pfizer in the vaccination center in the arena in Treptow, which is already open. The Moderna vaccine should be administered in the Erika-Hess-Eisstadion in Wedding, which should open next Thursday.

According to the Robert Koch Institute (RKI), masks, distance and other protective measures against the spread of the coronavirus must still be observed despite the start of vaccination. This shows a look at the number of people infected with the virus who die every day, said RKI President Lothar Wieler. Germany is still in a “difficult situation”.

In view of the previously rather low willingness of the medical staff to be vaccinated, Wieler urged them to use all information offered by the state health authorities and, if in doubt, also to inquire there. “I keep hearing that some nurses fear vaccinations will render them sterile. That is simply a false report. “

Currently, the very elderly as well as residents and employees of retirement and nursing homes as well as medical staff at particularly high risk are vaccinated. The second group includes people between the ages of 75 and 79. Anyone who lives in shared accommodation or has close contact with a pregnant woman belongs to group three. According to the recommendation of the vaccination commission updated on Friday, teachers and educators belong to group with priority four, retail workers and people between the ages of 60 and 64 belong to group five. Curious case in Berlin: This is Mr. Lehmann – According to... 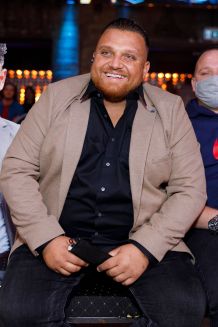 14 kilos in two months – this is what Menowin looks...