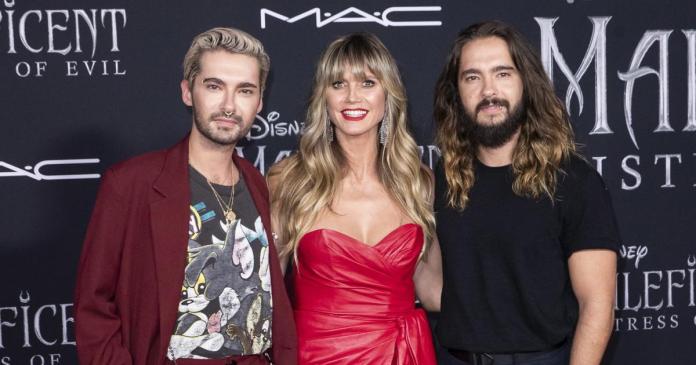 The  400-page work begins with the conception of the twin brothers Bill and Tom on New Year’s Eve 1988.

The y are created at a one-night stand of their parents who are actually separated.

The y grew up as precocious, snotty, serene boys who didn’t like kindergarten and school at all.

The  career is the way out of the banal, poor everyday life. At the same time, freedom and self-determination are lost in one fell swoop and remain so for many years. Apparently the only way out is to go very far away.

The  author has the foreword to the book Benjamin von Stuckrad-Barre (45) wrote, even not poor in borderline experiences: “What they have done and are doing, become and be superstars, you pay for it one way or another with your own life:

The  fictional character is salvation and ruin, was the ticket out of the bus shelter -Enge von Magdeburg Loitsche … ”

The  eccentric Kaulitz looks back in his book from his dream home in the mountains of Hollywood.

The re he sits. Seldom has he felt so lonely. Exclamation mark.

The  corona pandemic slowed the South American tour, Tokio Hotel “just like the rest of the world fucked hard in the ass”.

Around 100 pages go on for childhood memories at Kaulitz.

The  brothers managed to get by without diapers earlier than all the other children, and the nursery was clean and organized. Mobile handicrafts and painting with crayons in kindergarten were not her thing, they would have preferred to hang out with the schoolchildren next door. “Where I grew up, there was the first dump at six, alcohol poisoning at twelve and girls who had a second abortion at the age of 13 because they were pregnant again by their cousin.”

After 100 pages, music finds its way into the children’s room in Loitsche near Magdeburg, for Kaulitz “600 uninspired souls, absolute sadness”.

The  childhood heroes bring inspiration Nena, David Bowie and Britney Spears. Drummer Gustav and bassist Georg found themselves in a music school, to this day they have remained loyal to the band’s Kaulitz twins.

The  music world opened up like a warm, wet cunt,” writes Kaulitz about the start of his career. At 13, the twins get their first contract. Nobody overlooked it back then. “When we were thirteen, we didn’t know that we were selling our souls and the price we would still pay. A career always means suicide.” Making music and getting paid for it was enough for them back then. By the way, the big money would have been earned by others, producers, record companies.

The y would rather have got a crumb of the whole cake, writes Kaulitz. “Through the Monsun”, appearances worldwide, played on MTV, prizes over prizes.

SSV Ulm against FC Schalke 04 live on TV and livestream

Ikea: shopping defies Corona – customers have to pay attention to...