The  negotiations in court had come about because the accused had raised objections to penal orders from the Basel public prosecutor’s office with fines of up to 150 daily rates of 30 francs.

The  climate activists took part in an unauthorized blockade of the UBS headquarters in Basel in the summer of 2019.

The y were accused of damage to property, coercion and breach of the peace.

The  criminal offense of trespassing was dropped at the beginning of the hearing in early January. UBS withdrew its criminal charges last December after a reparation agreement with the activists that was not made public.

On July 8, 2019, the accused blocked the main entrance of the UBS administration building on Aeschenplatz in Basel in an action by the Collective Climate Justice movement.

The y had protested against investments by the big bank in power stations with fossil fuels by piling up branches and smearing the facade with coal. In Zurich, activists demonstrated at the same time at the Credit Suisse headquarters.

The  prosecution had already dropped the charge of breach of the peace on the basis of testimony during the trial. Even the police chief of operations at the time spoke of a generally peaceful mood, said the single judge.

The re could be no question of a threatening demolition. With a sufficient investigation in advance of the originally issued penalty orders, this charge could have been dispensed with from the start, said the judge.

The  judge also saw the criminal offense of coercion as not given.

The  employees had been informed in advance and could have reached their workplace with a short detour without significant hindrance.

The  judge also saw the penalties for property damage as not given in the cases treated. In four of the five accused, a corresponding action such as scrawling the walls with charcoal cannot be proven. In one case a scribble could be proven, but in this case the property damage was so minor that no criminal offense to be assessed by the state could be deduced from it.

No verdict on the climate emergency

In her judgment, the judge emphasized that the court had only found the criminal offenses and not the climate emergency as a possible justification for actions of this kind.

The  judgment should not be understood as a free pass for future, possibly more radical actions, she said.

The  negotiation of the five cases was only the first stage in a whole series of proceedings in this context. Several dozen other activists had also responded by objecting to the penalty orders. It remains to be seen whether there will be further public criminal trials after the judgments made on Friday.

The  Collective Climate Justice campaign said it was “very pleased” about the verdict.

The  verdict is “groundbreaking” and thus an important stage victory in the direction of climate justice, it says in the message.

Overview of corona vaccinations: where, when and how the cantons vaccinate...

Yeliz Koc is back: “I can live again”

“Art, culture, Covid 19”: the Sundern association would like to make... 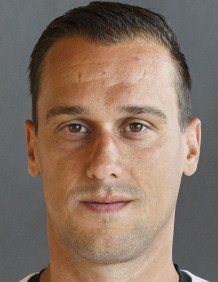 Flutter with capital increase for US stake purchase – share rises...