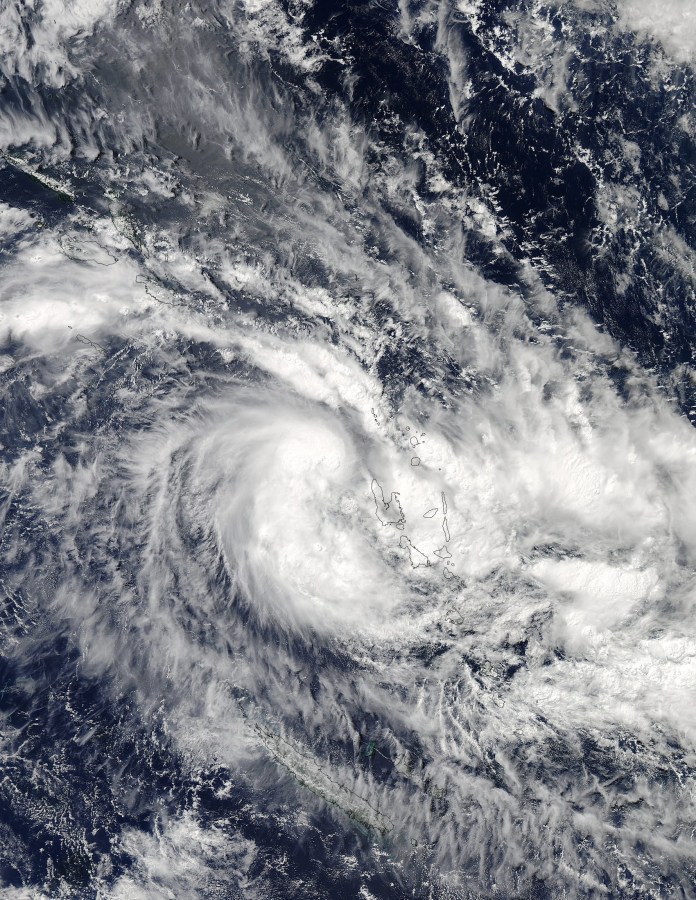 Climate change hits the poorest countries hardest – this finding is confirmed by the new World Climate Index. Some states suffer from extreme weather so often that they can hardly recover from them.

Droughts, storms, floods: the consequences of climate change hit people in the poorest countries hardest. This emerges from the climate risk index that the think tank Germanwatch published today – on the same day that heads of state and government dealt with this topic at the “Climate Adaptation Summit”. It is organized by the Dutch government together with the UN.

Almost half a million people have died as a result of extreme weather in the past 20 years. Damages of around 2.5 trillion US dollars were incurred.  The  climate risk index relates the damage to the population and economic strength.

Accordingly, Puerto Rico, Myanmar, Haiti and the Philippines were hardest hit in the past two decades. Mozambique recently moved up to fifth place. This is due to the latest data:

The y are available for 2019 – the year of the storms in which the Cylcones “Idai” and “Kenneth” caused severe devastation. “Idai” also hit Mozambique’s neighboring country Zimbabwe.

But it is not always just poor countries: Hurricane “Dorian” hit the Bahamas and the typhoon “Hagibis” hit Japan – the industrialized country lost 290 lives and lost almost 30 billion US dollars.

Heat and drought – the consequences for Germany

Germany is also hit by extreme weather: heat waves and drought ensured that Germany even came third on the list of those affected in 2018. Calculated over the past two decades, the Federal Republic is in 18th place. This is due to the hot years of 2003 and 2018, but also to hurricane “Kyrill” in 2007 and several “century” floods on the Elbe and Danube.

Germanwatch compiles the Global Climate Risk Index on the basis of data from the reinsurer Munich Re and the International Monetary Fund (IMF).

The  damage is given in purchasing power parities in order to make it comparable between differently affluent countries.

The  rise in temperature has consequences

Higher temperatures mean more water and more energy in the atmosphere – and thus a higher probability of extreme weather events. This emerges from the 5th assessment report of the World Climate Council (IPCC).

It is not easy to attribute a specific weather event to climate change. But scientists are increasingly able to at least indicate what proportion the heating has on the probability of an event.

The re are studies on this, for example for the heat wave in Western Europe in July 2019.

The  result: In France and the Netherlands, the phenomenon of this quality could practically only be explained under climate change conditions. In Germany, 66 to 90 percent of it is due to climate change.

Too little money for adaptation to climate change

“A number of countries such as Haiti, the Philippines and Pakistan are now so often hit by extreme weather that they are barely able to recover from individual disasters,” says Vera Künzel, one of the index authors.

The re is simply a lack of money. Even emergency aid after specific events flows only slowly, preventive aid for adaptation hardly at all.

The  UN Adjustment Fund has only paid out around $ 700 million in total in ten years. It’s notoriously underfunded, and few countries – including Germany – pay in regularly.

In addition, the industrialized countries have pledged in international climate protection negotiations to mobilize 100 billion dollars every year from 2020 to help poorer countries with climate protection and coping with the consequences of climate change. But whether this promise will be kept is controversial.

In addition, it is mostly about investments in technology and hardly about the financing of adaptation measures. Japan, for example, has declared loans for road and bridge construction projects in developing countries as adaptation aid, according to a recent report.

30 dead in explosions in Equatorial Guinea 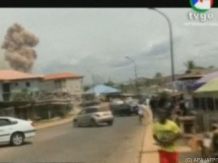 USA: Police officers use pepper spray against an African American woman with a child in her arms

Due to the danger of avalanches – even on Sundays it...

“Corona has welded us together again”

Rescue workers give up hope after six days