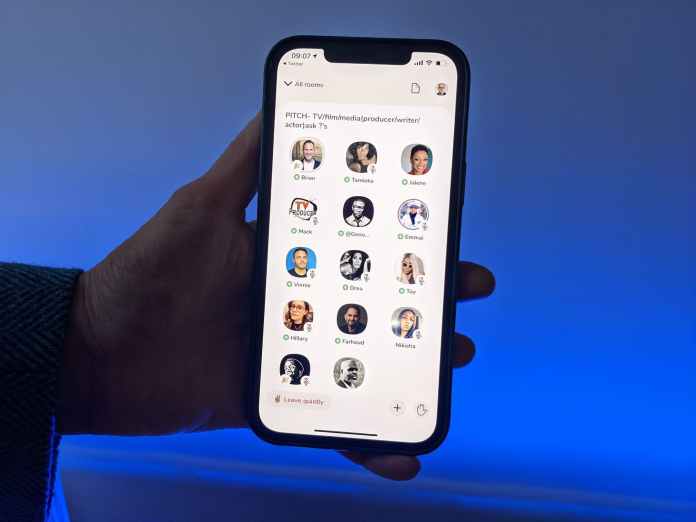 So far, the Clubhouse audio app is only available for iPhones – that is about to change.

The  new social media app Clubhouse will in future also be able to run on smartphones with the Google Android operating system.

The  two company founders Paul Davison and Rohan Seth announced this in a blog entry. So far, the audio application is only available for the iPhone. When Clubhouse will also be available in the Google Play Store, the clubhouse makers do not announce.

Clubhouse is an audio app in which users can listen to conversations like a live podcast or actively participate in discussions. In contrast to networks such as Twitter, posts cannot be commented on in writing or “likes” given.

Davison and Seth wrote that with Clubhouse they hit a nerve for people to meet. “And it has evolved rapidly over the past ten months – from a small handful of beta testers to a diverse network of communities.” In the past week, “two million people around the world have visited Clubhouse to exchange ideas, learn, laugh, be entertained, meet and network”. “It’s the most exciting thing we’ve ever been part of.”

The  programming of an Android version is apparently still at the very beginning: they will «soon start working on the Android app and add further functions for accessibility and localization so that people all over the world can experience Clubhouse in one way that feels familiar to them, ”the company founders continued.

In the meantime, efforts will be made to get technical problems with the servers under control because of the large number of users. “A large part of a new financing round will flow into the technology and infrastructure in order to scale the clubhouse experience for everyone so that it is always fast and high-performance, regardless of how many people are participating.”

For the viral distribution, Clubhouse relies on a controversial method that was already the basis of the rapid growth of WhatsApp. After installing the app and activating the invitation, the app requires access to all entries in the contacts address book of the iPhone used. This practice has been heavily criticized by data protectionists in Europe on WhatsApp, because users actually have to ask permission from every single contact before the personal data is transferred to servers in the USA.

Processes – Frankfurt am Main – man is said to have...

Because of Christmas and New Year’s Eve – Then the BSR...

Victoria & Daniel of Sweden: Statement from the court: This is...

The deep fall of the Turkish lira

Spahn awards order for digital vaccination certificate to US company, including...