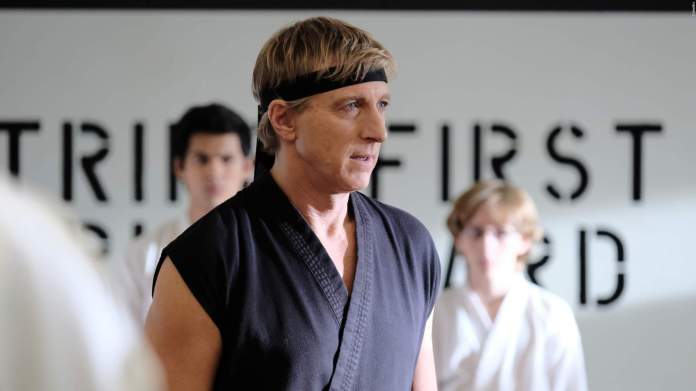 The  third season of the karate kid sequel Cobra Kai has been available on Netflix since the beginning of the year. In the series the kids are already fighting like little masters, but how does it look in real life? Is karate also an actor’s passion?

The  series stars Xolo Maridueña, Mary Mouser and Jacob Bertrand as Miguel, Samantha and Hawk. But in real life they are just normal people. Especially the martial arts aspect of the series bothered them at the beginning of the series.

The  Wrap’s three young actors were asked about their martial arts in real life.

The se have become significantly better for everyone if you compare them with the status of the first season. Since the second season in particular, everyone has been motivated to continue practicing privately. A special scene contributed to the fact that everyone wanted to continue fighting at a high level. Jacob Bertrand admits, for example, that he is now also personally interested in martial arts and that he watches a lot of UFC. Mary Mouser even goes so far as to say that she hopes to pursue karate throughout her career and to get other roles with such a physical aspect in the future.

But every beginning is difficult, so Xolo Maridueña can still remember the beginnings of “Cobra Kai”.

The  actor didn’t really know what to expect and the hard training of the first time was particularly difficult, as you not only had to be physically active, but also had to take a blow or two. But thanks to the show’s incredible stunt coordinators, the stressful time quickly turned into an enjoyable one. All three are now enjoying the training units and particularly praise the stunt coordinators and stunt doubles of the series.

So even if none of the actors have a black belt, the skills of the series are gradually coming to light in real life. If Cobra Kai gets five or six seasons as planned, the show’s kids may become masters in real life too.

Just don’t get noticed: “Hitman 3”: Macabre stealth game for the...

Bachelorette (RTL): Final forecast – who will get Melissa’s last rose?