For months, Alibaba founder Jack Ma seems to have disappeared from the scene. Several international media reported the unusual absence of the richest man in China. Ma has not appeared in public in the past eight weeks, nor has he posted any messages on social networks. According to the “ Financial Times”, an appearance at the finale of an African talent show Ma started himself was canceled. He last appeared at the end of October, just over a week before a highly anticipated IPO of his financial company Ant Group was blocked at the last minute by China’s regulators.

This put Ma under great pressure.

The -Chinese regulators initiated an investigation into possible “monopoly practices” of the group. With a volume equivalent to a good 27 billion euros, the Ant IPO should be one of the largest in the world.

China’s leadership wants to curb the rapidly growing market power of private Chinese tech companies. According to the business media, a greater influence on Ma’s empire is under discussion. Online retailer Alibaba, China’s equivalent to US rival Amazon, is one of the most influential Chinese corporations. Ant, Alibaba’s financial services provider, operates the dominant payment service in China and also offers loans, insurance and wealth management services via apps. Company founder Ma has an estimated fortune of around 48 billion euros. He had sharply criticized China’s state financial system in October.

The -tycoon called it obsolete and compared it to traditional Chinese pawn shops.

A company spokesman said, according to CNN, Ma missed his TV appearance on the talent show “ Africa’s Business Heroes” because of a “planning conflict”. There were no details of Ma’s whereabouts. Alibaba expert Duncan Clark said Ma has generally made herself rarer recently than before. But the long absence is certainly noteworthy. “

The -silence is a bit deafening,” CNN quoted him as saying.

BMW: Drastic change of course in sales – This is what...

The new corona vaccines can do that

Once Upon a Time in Hollywood: The fairytale return of Luka... 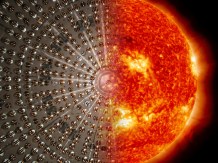 Josefstadt: Who will be elected Corona heroine?