The government has caused confusion with a data cleansing in the daily coronavirus statistics. For Vienna only the previous PCR tests were given. A cleanup has been announced.

Specifically, a decrease in the total number of coronavirus tests carried out by 89,000 was reported on Saturday. The Ministry of the Interior and the Ministry of Health only stated the previous PCR tests for Vienna, while the antigen tests were counted for other countries. According to the Ministry of Health, a final, this time correct adjustment should take place on Monday.

No current test statistics from AGES

It is planned that both the Ministry of Health on its website and the Agency for Health and Food Safety (AGES) will show the antigen tests and the PCR tests separately on their dashboard. The AGES did not publish any current test statistics on the weekend – apparently in response to the incorrect publication by the Ministry of Social Affairs the day before.

No impact on infection statistics

The statistics of hospital and intensive care patients with a CoV infection stored in the same data set were not updated either and remained at the status of January 1st. The data breach should not have any impact on the infection statistics. According to the Ministry of Health, the CoV infections found by an antigen test are checked by a PCR test, but only counted once for the statistics. Vienna reported 157 new infections on Sunday.

The data breach was announced after Christmas. The municipality of Vienna was the first federal state to follow the request of the crisis team in the Ministry of the Interior and had the PCR tests and the antigen tests, which were also used in the mass tests, shown separately in the internal data reports. The other federal states continued to add both types of test together.

At the weekend, the Ministry of Health suddenly calculated the antigen tests carried out so far from the Vienna figures in its daily data publication. Throughout Austria, this led to an apparent “decrease” in tests by almost 89,000.

This was justified on the website of the Ministry of Health with a “data cleansing”. “ Due to the separate presentation of the number of antigen tests and PCR tests in all federal states for the first time on Sunday, data cleansing is required today,” said the comments on the daily data table. In fact, the changeover did not take place on Saturday for all federal states, as a spokesman for the ministry confirmed on APA request. This should only take place on Monday.

The daily data table will then contain both the total number of tests and separate information for PCR and antigen tests. The cause of the breakdown remained unclear over the weekend.

Strong plus expected in tests

For Vienna, the statistics will probably show a strong plus in the tests carried out after the new change on Monday. Because in addition to the 979,206 PCR tests shown by the Ministry of Health on Sunday in the federal capital, there are then half a million antigen tests. Including mass tests, Vienna has so far carried out 1,489,388 tests according to a broadcast on Sunday – more than Lower and Upper Austria combined according to previous statistics.

Two keep tinkering with | Salto. Or

Confusion about the alleged death of Bond girl Tanya Roberts 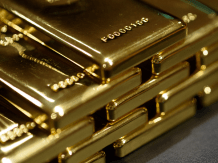