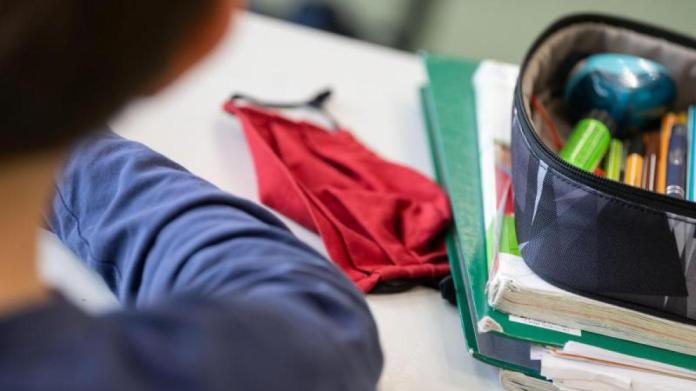 The corona lockdown will probably be extended, that much is clear. But how should things go on with the children? The ministers of education argue.

Of
Margit Hufnagel and Sarah Ritschel

The federal states seem to agree on at least one thing: even after January 10th it will be
Germany stay in lockdown. In a telephone conference of the state chancellery bosses on Saturday a clear line emerged. “The lockdown must be extended until the end of January,” also demands
Bavaria Prime Minister
Markus Söder on the short message service Twitter. “ Any hasty loosening would throw us back a long way.”

On Tuesday, Söder will meet with the Chancellor
Angela Merkel and his country colleagues to discuss extending the lockdown and making a decision. Although the number of new infections has decreased in the past few days, according to experts, this is due to the holidays. Fewer people are tested, the health authorities are less staffed. At the same time, the incidence value for Germany is still almost 140 (as of Sunday) – the goal is to come below a value of 50. Söder is therefore in favor of a clear line. “The example of Austria shows that the open-close-open-close model does not work.”

Baden-Württemberg calls for schools to be opened

However, there is far less consensus on how things should go on at schools after the Christmas break. Politicians are having a hard time finding a uniform way – the balance between infection protection and the educational mandate comes to very different results. The culture ministers of the federal states meet on Monday, one day before the prime minister.

Baden-Württemberg’s Minister of Culture Susanne Eisenmann (
CDU) is aggressively promoting the opening of daycare centers and primary schools after January 11th. And that regardless of the incidence values. She receives backing from the Association of School Psychologists
Baden-Württemberg (LSBW). Its chairman Nina Großmann says: “ After the first shutdown, we noticed a dramatic increase in the number of cases of refusal to attend school.” During the pandemic, schoolchildren of all ages got used to doing nothing at home, neglecting their tasks and feeling comfortable when they returned to school Overwhelmed. The main motivation of the students to learn are social relationships, be it with their classmates or with the teacher.

The German Teachers’ Association and the German Academy for Child and Adolescent Medicine have issued a joint declaration calling for schools to be avoided for longer and schools to be better protected.

Hamburg’s Mayor Peter Tschentscher demands in the World on Sunday“ That the federal government explains on what scientific basis or data basis it is calling for a further blanket closure of daycare centers and schools and how it envisions that the essential functions of basic care and medical treatment capacities are to be maintained”.

Bavaria, on the other hand, cannot imagine completely open schools. “ When I look at the current infection numbers, I am not assuming general classroom teaching for everyone,” says Minister of Education Michael Piazolo ( Free Voters) of our editorial team. He wants to continue the so-called alternating lessons in elementary schools after the holidays. This means that the students take turns studying at home and at school.

Many schools had already implemented this model in December, with the children usually commuting between home and classroom on a daily basis. “ Alternating classes would be an opportunity for the youngest to stay at least partially in personal contact with the teachers,” says the Bavarian Minister of Education. Should the consultations not correspond to the Bavarian ideas, Piazolo can imagine a Bavarian special way for the schools. “ Education is a matter of the state, it may well be that Bavaria will ultimately implement its own school policy ideas.”

SPD health expert Karl Lauterbach also speaks out vehemently against normal school operations. “ With the attitude we could have saved ourselves all that here,” Lauterbach told the SWR. A return to face-to-face teaching would be irresponsible, for example with regard to the medical staff in intensive care units. Such an attitude cannot be conveyed to the people who work there.

This is how the new Corona regulation should be implemented

This transfer could convince La Pulga to stay at Barca

Georgia Senate Elections: How Tiktok Is Helping US Democrats