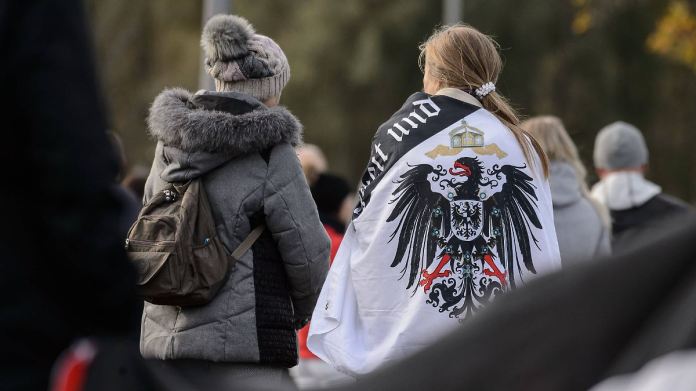 The  corona numbers are high in many AfD strongholds. Research is uncertain whether this is a correlation or a causal relationship.

The  federal government’s commissioner for the east is completely different:

The  CDU politician Wanderwitz even sees similarities to the Trump voters.
According to the Federal Government’s Eastern Commissioner, Marco Wanderwitz, it is no coincidence that the coronavirus, one year after its first appearance, is now particularly widespread in those counties where the AfD is strong.

Of course, many factors played a role in a pandemic, said Wanderwitz. Last but not least, this includes the attitude of the people in a region to distance rules and mask requirements. “Anyone who rejects the infection protection measures, like many AfD supporters, Reich citizens and esotericists do, will ultimately help the virus to spread.”

Wanderwitz added that the phenomenon now has a dimension that goes beyond party politics. In some regions of the former GDR, for example, a denial of reality is growing, as in 2016 among Trump voters in the USA. Many simply push the complex and the unwelcome aside, curl up – and are then no longer accessible to any argument.

The  Corona-AfD relationship is currently also the subject of a nationwide study at the Institute for Democracy and Civil Society (IDZ) in Jena. Its director Matthias Quent told the RND that they were still working on very complex models to explain this data. Quent had already emphasized in December that correlation does not mean causality. However, there is a statistically “strong correlation” between corona incidence and AfD results – not only for Saxony, but for almost all federal states.

The  result was so clear that he himself was surprised, Quent said at the time. However, the researcher emphasized that there could be other factors that explain the effect – such as the population structure or the state of the healthcare system. Quent wants to pursue these questions further.

In the United States, researchers made similar hypotheses. In the magazine “Science” at the beginning of January they explained that there is a strong connection between attachment to a party and the willingness to adhere to contact restrictions. According to this, Republican voters are less willing to forego contacts because of the corona pandemic. And this attitude has even intensified in the months that the virus has spread.

Cyberpunk 2077: Dark vision of the future with Keanu Reeves

Winter gloves do not protect against corona