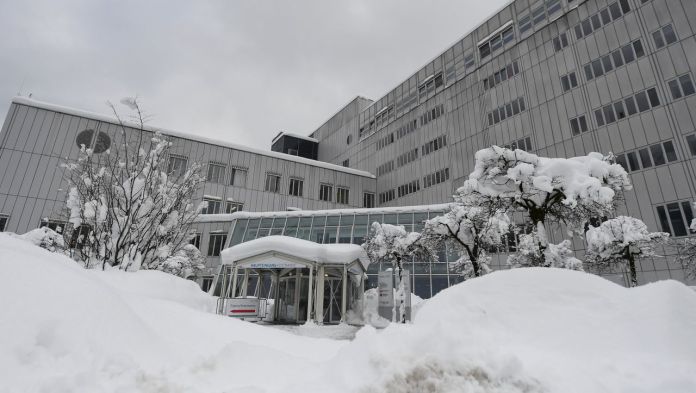 In the event of a coronavirus outbreak at the Garmisch-Partenkirchen Clinic, 24 employees and 53 patients tested positive for the pathogen. When examining the samples, the hospital found that 35 cases had a slightly different variant of the virus.
The  observed mutation is already known from other Sars-CoV-2 variants. In the virus genome, six so-called base pairs are missing in the gene for the spike protein, which is why the protein has two fewer amino acids – H69 and V70.

The  mutation can be noticed in the PCR tests with which a coronavirus infection is clinically detected because it lies in an area of ​​the virus genome to which the test reacts directly. This change can be found, among other things, in variant B.1.1.7., Which recently appeared in Great Britain, but which has several other mutations and was already known from the mutant associated with Danish mink.

The  clinic announced on Monday that it was not about the new variants that initially appeared in Great Britain or South Africa. In order to be able to assess the virus type detected in the facility more precisely, the entire genetic material must be sequenced. This is currently being carried out at the Berlin Charité.

The  results are expected by the end of January.

It is therefore not yet clear how important the proven change is, i.e. whether the variant could possibly be more contagious. “We’re still investigating the cause of the outbreak. It is still completely unclear whether the virus mutation has any part in this, “the deputy medical director, Clemens Stockklausner, told SPIEGEL.

Black Friday 2020: These Christmas gifts are cheaper on Black Friday...