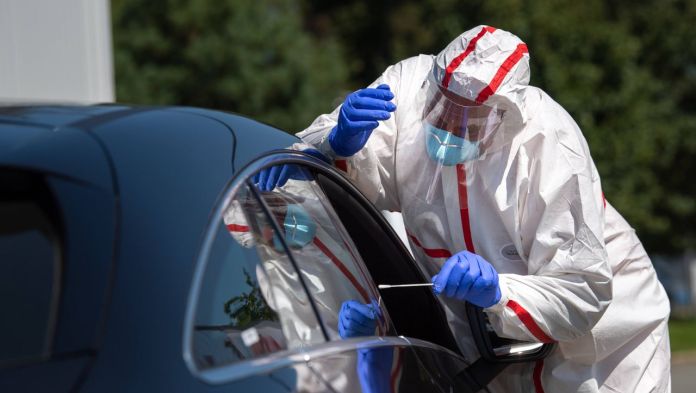 On Thursday evening, the EU heads of state and government will meet for a new corona crisis summit.  The  politicians are discussing the common EU line in the fight against the coronavirus – above all, the spread of the new dangerous mutants should be prevented.

The  EU leaders are already in dispute over one question: whether the borders between the EU states should be closed again.

Border closings in Europe would be “the bad way as a result,” said Chancellery chief Braun of Deutsche Welle. “It is therefore very important that the European Council takes precautions. That we all now work together to suppress the mutation as much as possible. «Braun called on the EU countries to act» synchronously «. In the ARD “Morgenmagazin” he added: “If a neighboring country doesn’t do that, then we can hardly protect ourselves from the mutation. That is why even stricter entry rules at our internal borders cannot be avoided. ”

“I believe that we must do everything we can to prevent border controls from happening again,” said Foreign Minister Heiko Maas (SPD) in the “Morgenmagazin”. Above all, it is about practical questions, such as how tens of thousands of commuters can be tested so that infections are not introduced across borders.

Health Minister Jens Spahn (CDU) said in the SWR that you can see in many border regions that the infection rate is often high on both sides and that it would repeatedly “rock” each other. On the other hand, however, commuters are needed, including in the healthcare sector.

Spahn therefore spoke of “a dilemma”.

The  minister suggested a coordinated test strategy as a way out. “

The n mandatory tests are needed.”

The re are already talks with the governments of the Czech Republic and Poland so that tests of cross-border commuters can take place either there or in Germany or alternately on a regular basis. This does not necessarily have to be done directly at the border, but such tests must take place several times a week.

The  leader of the conservative EPP in the EU Parliament, Manfred Weber, also warned against hasty border closings. “Border closings would mean great losses for German industry and trade. In addition, the health system in the border areas would be facing enormous challenges, “said the CSU politician of the” Rheinische Post “. That must be avoided at all costs.

“Border controls would also hinder the free movement of goods and lead to restrictions, especially for commuters,” Weber said.

The  heads of state and government must “urgently come to common solutions” at the EU summit.

France brought the border controls into play on Wednesday. Mutated corona viruses, which are spreading faster than the previous pathogen, are currently causing particular concern. Against this background, Chancellor Angela Merkel (CDU) did not rule out border closings on Tuesday after the federal-state consultations on the pandemic.

That is exactly what Franziska Brantner, the European political spokeswoman for the Green Group in the Bundestag, fears. “In the fight against Covid, the EU states are threatened to fall back into small and small nationalities,” Brantner told the AFP news agency. Chancellor Merkel must work for European solutions at the summit meeting with her EU colleagues. Common rules for traveling based on test strategies are important. “Border controls are not a solution, they just make the situation in the border areas more difficult,” emphasized the Green politician.

The  EU countries should also tackle the production bottlenecks for corona vaccines together “in order to even come close to achieving the targeted vaccination quota of 70 percent by the summer”.

Merkel and her EU colleagues will advise on the further course by video on Thursday evening.

The  focus will be on containing the new corona variants. This includes a systematic genetic analysis of corona samples for mutated viruses. Lists of areas where the mutations occur are also being discussed.

The y could be the basis for stricter travel regulations.

On Wednesday, the member states agreed on the mutual recognition of the results of antigen tests.

The  EU Commission advocates using these rapid tests to test travelers on a large scale. In addition, the heads of state and government take stock of the vaccination campaigns that have been running since the end of December.

CEO Promises “Most Realistic Simulation Ever Made”

AstraZeneca vaccination: death of a nurse in Austria – connection has...

Impeachment after tenure – that’s the Democrats’ plan against Trump –...