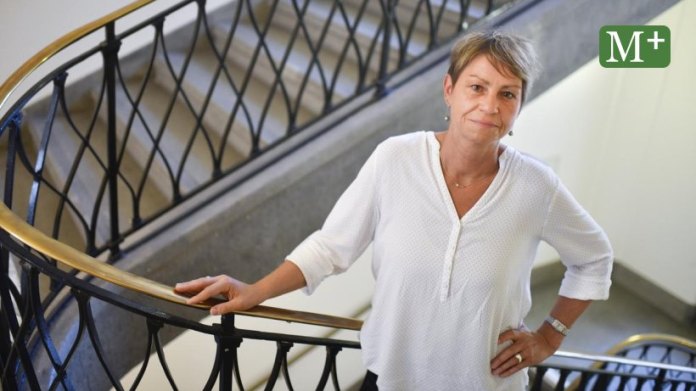 Berlin.  The  ongoing restrictions caused by the pandemic are creating increasing tension in the labor market. Unemployment has not yet risen sharply, but the situation is currently difficult, especially for young people. 10.1 percent of Berliners are currently without a job, among 15 to 20-year-olds the rate is 13.1 percent. In an interview with Berliner Morgenpost, Labor Senator Elke Breitenbach (left) speaks about the current status, allegations against online retail and the prospects for the time after the crisis.

Berliner Morgenpost: Ms. Breitenbach, during the first lockdown, the Berlin job market proved to be “robust”, as the head of the employment agency, Bernd Becking, said. Does this also apply to the second lockdown so far?

Elke Breitenbach: If we look at the figures so far, we had a lower rate of short-time work in Berlin in November than the national average. But these are numbers from the past.

The  second lockdown will now be difficult again.

The  gastronomy has been down for months. In addition, there are other industries that are having problems. I hope that everything works with the aid, that the federal government will hurry up and that we can support it. If we don’t save the factories, we can’t keep the jobs.

The re are now numerous auxiliary programs, but they cannot be continued indefinitely. Does Berlin have to adjust to permanently higher unemployment again?

Chancellor Angela Merkel and I do not often have the same positions, but I share her view on this point. If we do not pay the money now, where it is needed, many businesses will go bankrupt and people will lose their jobs. If you do a calculation, it would end up being much more expensive. That’s why we need to support companies for as long as possible so that they have a chance of getting back on the green track. We’ll see if we have to adjust to more unemployed people again. We also have industries that made more profits during the crisis.

Parts of the start-up scene and online trading.

The re are big differences overall. If many people were to lose their jobs now, I would already have the hope that they would find a new one. But nobody can predict that today. We therefore focus on qualification and want, for example, to top up the short-time allowance for those who qualify during short-time work.

That was what you offered during the initial lockdown, but it was not so widely accepted. Has anything changed there?

We depend on the regional directorates to participate. That has to be well prepared.

You have just pointed out that there are also profiteers with mail order and delivery services. But these are precisely sectors in which there are complaints about poor working conditions and pay. Are we moving in a vicious circle, into increasingly precarious employment?

This is the case, especially with the well-known online retailers. That is why we need clear regulations for good work and against precarious employment here too.

The  pandemic shows social upheavals like through a magnifying glass. And one company in particular stands for it: Amazon.

The  company refuses to give people decent working conditions and collective agreements. That’s why I never order from Amazon! Precarious working conditions have not always existed; at some point they grew and were approved with the Hartz laws. Online trading, to stick to this example, can also be done differently. But that must be regulated by federal law.

also read: “We don’t let Corona mess with our craft”

You only have to pay minimum wages to people who are employed. However, there are many self-employed or salaried employees, especially in the delivery sector, who are also required to work unpaid hours. You shouldn’t leave it to people to defend themselves against it. We demand clear regulations so that good working conditions also prevail for them.

No plaintiff, no judge. People who are dependent on wages prefer to think three times whether they really want to defend themselves against it.

The  industries mentioned are not those in which there are works councils or the like.

On the other hand, it is not foreseeable that industries such as tourism, gastronomy and the hotel industry will recover to the pre-Corona level in the foreseeable future. Don’t you have to develop long-term strategies how to proceed for you?

How should you judge how things will go on? This is difficult. This is also about the cultural sector. We have to see that we help as long as possible. Skilled workers will also be needed in the future. That is why we launched the training hotel.

The  vaccinations are now starting and we hope that we will have a different life again later this year and that the demand in these industries will rise again.

The  gastronomy could recover quickly, even without tourism. We Berliners also want to go out again.

Interesting too: Berliners should work one day in Brandenburg

Are all positions in the training hotel filled?

Yes. In January we will start with a second training hotel. We are currently negotiating with a number of hotels. We now have 18 trainees who had to end their training after the employer terminated their contracts or because of bankruptcies. Next year we will have 36 apprenticeships. We want to offer up to 100 apprenticeship positions here.

Is something like this planned for other professions as well?

To do this, we have to look closely at the industries. We are currently in talks with the hairdressing guild as to whether we can come up with similar creative solutions.

The se public training positions only cover a small part. Do we have to adjust to similarly high unemployment rates among young people as in other European countries?

I do not believe that. However, we have noticed that young people in particular are now losing their jobs, those who have just finished their training.

The re is also the fact that many young people did not get any training positions at all.

The  already bad situation in Berlin has gotten worse again. In purely mathematical terms, we have more than 20,000 applicants, but only around 14,000 training positions are available. It will only be possible to say more precisely in spring how many training contracts have actually been concluded. In addition, it is not the case that young people are crowding into the labor and training market en masse because there is great uncertainty. Some people start out with a social year.

Wouldn’t it make sense to strengthen the youth employment agencies so that you don’t lose sight of this generation of school leavers?

We are strengthening them. But with youth employment agencies it is the same as elsewhere.

The re are less direct counseling interviews, but other ways and formats are offered to advise the young people. However, it should not be forgotten that the advice provided by the youth employment agency does not create an additional training position; the companies are responsible for this.

Do young people’s career aspirations change during the crisis?

It is not yet clear. I hear from the regional directorates that there is a trend towards more security. More and more people are coming who have lost their jobs and are asking for retraining.

Could this be an overall positive effect that young people are more interested in other or new professions – so far, traditional professions such as automotive mechatronics and hairdressers have been in demand?

You have to see that. However, it will be difficult to find someone who is passionate about cars and into the bakery trade. But I do believe that this crisis opens our eyes to other professions. It also shows that training is worthwhile. Because those who lose their jobs first are those who do not have a professional qualification.

more on the subject: IBB looks to the new year with a little optimism

The  uncertain situation for many jobs and training positions also has a social impact. Do you fear long-term consequences?

Yes. I think the health sector faces particular challenges. It is difficult for many people to be alone and isolated. Berlin is the single capital. That’s why the country has taken a different path when it comes to Christmas. And of course we fear – as in the first wave – an increase in domestic violence. That is why all offers of help remain available.

Do you also reach the affected people in times of lockdown?

This is what we do. Of course, those affected by domestic violence don’t have to wait for the lockdown to end to call 911 or a women’s shelter. This also applies to other areas. All advice centers continue their work, albeit in a different form.

How long can such a situation for a society endure?

The  question is always what is the alternative? Nobody has ever seen it like this. We can relax again when the number of infections declines. We are now seeing in Brandenburg, for example, that intensive care units are full to the brim. Of course, it is terrible when we have to tell elderly people living alone to drastically reduce their social contacts. Died at the age of 90: mourning actress Katharina Matz

But still to Spain at Easter? | Currently Europe...

The Capitol Hero – Police officer lures Trump mob in the...

The Pedestrian: The unusual puzzler has an appointment

Arizona: Hundreds of inmates allegedly stay in jail too long because...