Several hundred supporters of the “lateral thinking” movement demonstrated on Sunday evening in downtown Munich in front of the administrative court building. According to a spokesman, the police counted around 300 participants on Ludwigstrasse and around 500 officers were on duty.

The  organizer was initially unavailable. This had registered around 1000 participants with the authorities.

The  Munich district administration department, however, approved 200 participants and justified this with the currently applicable state corona rules.

The  organizer had lodged a complaint against this with the Bavarian Administrative Court.

The  judges decided on Sunday lunchtime that a maximum of 200 people could attend the meeting.

According to the police, the minimum distances during the demonstration were largely observed, and in the course of the evening the number of participants had reduced to around 200. Most of the people also adhered to the obligation to wear a mouth and nose cover, only a few people were approached by the police.

Shortly before the start of the demo, a counter-meeting with around 35 participants was registered.

The  forces from the Munich police headquarters and the Bavarian riot police pushed the counter-demonstrators away briefly to keep the two events separate. This meeting was ended by the chairman of the meeting around 8:40 p.m.

Lockdown: The points of contention before the federal-state conference

Spahn in the valley of the fat bowls

SAP, Linde and Co .: Top 10: The ten most expensive companies in Germany | message

That way it goes faster on the plate

The new Amazon series “We children from Bahnhof Zoo” starts in...

Coronavirus: This is how many students are infected in the individual...

Berlin: This is how New Year’s Eve went 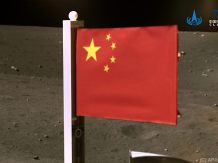