Could the SARS-CoV-2 pathogen, which is responsible for the corona pandemic, become safer in the future and cause a harmless cold?

Kassel – it could Coronavirus one day no more than a simple one cold trigger? At least that’s what one scientist from the USA. Jennie Lavine, an infectious disease specialist at Emory University in Atlanta, is convinced that the virus SARS-CoV-2 could lose its horror in the future.

The  doctor predicts that the current cause of Covid-19 becomes an endemic pathogen, i.e. only appears locally in the future. Vaccinations could then become unnecessary. But since it is still completely unclear how the Corona-Pandemie will develop in the coming months, this forecast should be treated with caution.

Will Corona turn into a cold? SARS-CoV-2 could end similarly to other coronaviruses

As Lavine explains in Science Magazine, she expects that SARS-CoV-2 how the other already known coronaviruses called NL63, 229E, OC43 and HKU1 will behave.

The se viruses regularly cause epidemics in which mainly Toddlers get sick. Such diseases are seldom fatal and are more like one cold or Influenza.

In a previous experimental study with the Coronavirus 229E, however, a new infection was possible after only one year, a complete one immunity is also not given with previous corona viruses.

The  reason is probably the drop in antibody titer.

The  same can be said for current ones Corona infections, so with the virus SARS-CoV-2 or Covid-19, an.

1. Our COVID-19 paper on Immunological memory to SARS-CoV-2 assessed for up to 8 months after infection is out today in @ScienceMagazine !https://t.co/EoHpXHur6z@ljiresearch @SetteLab @Dani6020

Another infection resulted in the experimental study however, only to a shortened virus excretion, the subjects remained asymptomatic. Lavine carries this on for a lifetime Teilimmunität that people have acquired after an initial infection. According to the infectiologist, most people also have it in old age antibody against the four previously known corona viruses.

Lavine therefore strongly assumes that the pathogen is also SARS-CoV-2 turns into an endemic pathogen in the next few years and then maybe even just one more cold triggers.

The n, according to the scientist, nobody would probably have to object anymore Corona be vaccinated, as there are hardly any serious illnesses due to the partial immunity of the older population groups Deaths komme (Nail Akkoyun) * hna.de is part of the nationwide Ippen digital editorial network.

Next setback for FCK: home defeat against 1860 Munich, football |...

Uganda: Opposition candidate Bobi Wine declares himself the winner of the...

Six Days In Fallujah is inextricably linked with politics

2021 is here: Fireworks without spectators welcomed the New Year in...

Joe Biden throws stoners out of the White House world 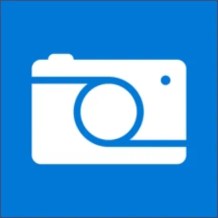 What to expect from the open beta for Magic: Legends