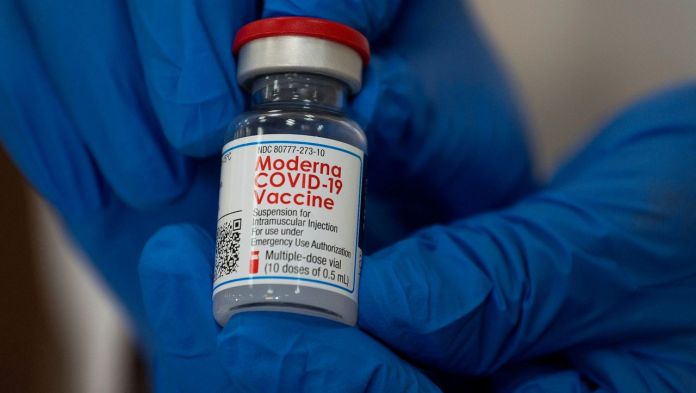 A few weeks ago, the United States started vaccinating against the corona virus. But the vaccine is scarce there too. Several states are calling for President Donald Trump to get more vaccine doses quickly. In Wisconsin, the vaccines in stock are far from being sufficient to supply all healthcare workers who are willing to vaccinate. Now a pharmacist in the state is said to have deliberately rendered hundreds of vaccine doses unusable.
According to official information, the man should have deliberately left 57 ampoules of ten doses of the Moderna vaccine unrefrigerated. Initial investigations have shown that the suspect deliberately removed the vaccine from the refrigerator and left it overnight, the police in the affected city of Grafton said on Thursday. The man admitted that he knew that this would make the vaccine doses unusable.
According to the police, the incident occurred on December 26th. 57 doses of the ineffective vaccine were given. Then the employees of the Aurora Medical Center noticed that the vaccine could no longer be effective. The remaining ampoules were discarded. The value of the destroyed vaccines is estimated at around $ 8,000 to $ 11,000.
For those vaccinated who have received the ineffective vaccine, there is no risk, according to the hospital. However, the vaccinations would have to be repeated.

No charges have been brought yet

As reported by the AP news agency and local media, the pharmacist was fired. Charges have not yet been brought. The man is being investigated on suspicion of deliberately endangering others and adulteration of a prescription drug.

Initially, the pharmacist stated that he had taken the ampoules out of the refrigerator in order to get at something in the refrigerator. After several interviews, the man admitted that the vaccine had been stored for two nights in a row at room temperature.

Modena’s corona vaccine was approved in the United States on December 19. Shortly before, the corona vaccine developed by the Mainz-based pharmaceutical company Biontech and its US partner Pfizer had already received emergency approval in the USA.

Development of corona vaccines is “breakthrough of the year” War in Yemen: ceasefire a long way off – politics