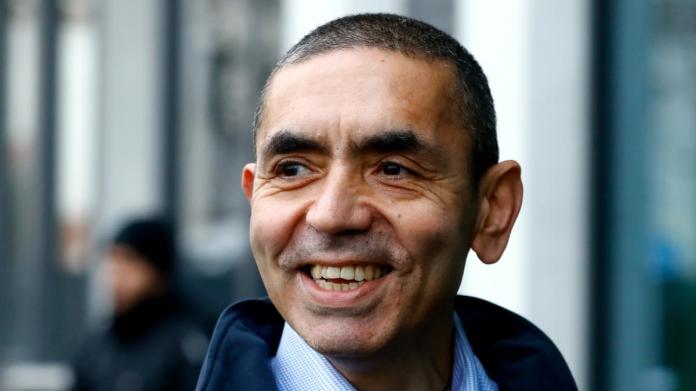 According to the psychologist Martin Schweer, the corona pandemic has plunged society into a crisis of confidence. The worrying influx of conspiracy theories and the demonstrations of the so-called “lateral thinkers” is an expression of deep uncertainty in parts of the population, said the head of the Center for Trust Research at the University of Vechta. These people viewed the pandemic as a diffuse threat that they could not handle even in the face of conflicting views in politics and science. “They are certainly not all confused people. They are looking for ways to regain security and control that have been lost. “

There are basically two strategies for dealing with such an event of the century as the pandemic, explained Schweer. Most people take the danger very seriously, but see it as a challenge. They would have the feeling that they and society could cope with the danger posed by them despite all the difficulties. In an increasingly complex society with a flood of sometimes contradicting information, it is important to be able to trust experts.

However, some people feel overwhelmed by the threat and lose confidence in the experts. In the corona pandemic, it is currently becoming apparent that researchers, doctors and authorities also do not know or have much control over a lot, said the university professor of educational psychology. It is not clear how the path of infection went, who is seriously ill and why, or whether a vaccine also protects against the spread of the infection. Nursing homes, clinics and health authorities are sometimes overwhelmed. Scientists and politicians argued about the right strategies. All of this stirs up uncertainty and fears.

When the feeling of insecurity and loss of control became overwhelming, people looked for alternatives. You would find it easily with those who denied the danger or provided simple answers. The Internet offers an inexhaustible source of conspiracy theories, said the psychologist. “Anyone can spread anything unchecked.” In the social media, these newly acquired views could be strengthened in an exchange with like-minded people. A feeling of togetherness develops there and at demonstrations.

Schweer called on the established media to counter this with serious reporting. It is also important that supporters of conspiracy theories are not excluded in their social environment. “ You shouldn’t condemn them and their arguments right away, but rather try to talk to them.”

Black Friday TV Deals: These deals are still in effect

36-year-old stopped motorists and attacked him with knives