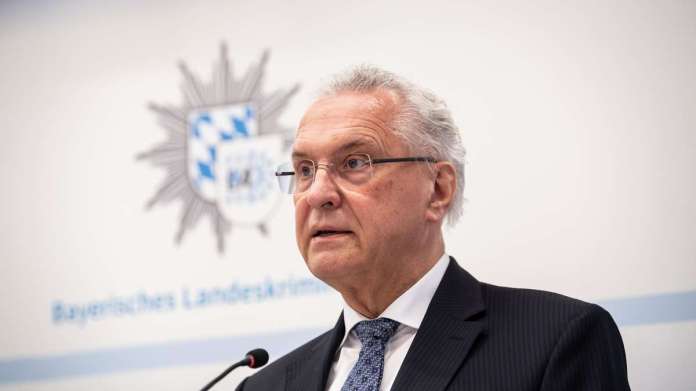 Due to the corona pandemic, all Bavarians have to restrict themselves. Prime Minister Söder said that the loopholes were over. A police celebration is now causing a stir.

Update from January 17th, 6:20 p.m .:  The  Rosenheim Police Headquarters could not be reached on Sunday for further comments. Rosenheim’s Lord Mayor Andreas March (CSU) received the request from Munich Mercury on Sunday just before lunch: “For the record: there is deer, I cooked myself and we have no visitors.” He cannot really understand the excitement: “Everyone had their own table, the distances were correspondingly large. In my opinion it was compliant with the rules Lord Mayor had participated as chief of the regulatory authority.

You have the topic for about an hour Security in the pandemic and discussed the relevant regulations, then the meeting was over. Opinions could be divided about the form and timing of the event, admits Andreas March a. “No question about it, it wasn’t a happy choice. But it wasn’t an exceptional situation either. ”Such appointments would still be found in the world of work, despite the fact Lockdowns continues to take place everywhere in Germany. “If the whole thing had taken place in a room in the Presidium or in the town hall with coffee and buttered pretzel, the excitement wouldn’t be half as big.”

The  next Corona * summit with Chancellor Angela Merkel * and the country leaders is due on Tuesday.

The n there is a threat of further tightening of the measures. Bavaria’s Prime Minister Markus Söder * repeatedly warned that the Time of loopholes is over and everyone has to follow the rules to do that Virus contain.

Currently, people in Bavaria are only allowed to meet one other person in a household. Excursions should be avoided with a 15-kilometer radius of movement in corona hotspots.

The  catering is still closed, from 9 p.m. there is also a curfew. You can find an overview of the rules here.

In whole Bayern strict measures apply. That’s why one is particularly surprised Celebration of the police in Rosenheim. On Thursday the farewell of the Vice President of the Police Headquarters Upper Bavaria South, Eva Schichl, was celebrated. As part of a press conference Her successor, Frank Hellwig, became Minister of the Interior in the culture and congress center Joachim Herrmann (CSU) presented. After journalists had to leave the room through the emergency exit, a catering company served food. According to information from picture-Newspaper there was a three-course menu (soup, veal, Bavarian cream).

Corona in Bavaria: Farewell party of the police vice president in Rosenheim causes a stir

According to information from the newspaper, ten participants were served, including Interior Minister Herrmann, State Police President Prof. Dr. Wilhelm Schmidbauer, Police President Robert Kopp and Rosenheim’s Lord Mayor Andreas März (CSU *). As the picture further reported was a Privacy screen when a policewoman noticed that picture-Reporters took pictures of the serving and clearing.

Necessary in times of corona? – 3-course menu after the police farewell party https://t.co/Vaz8jnM473

In the middle of the corona lockdown: Police celebrate goodbye in Rosenheim – “That shouldn’t be”

According to police it was a “service meeting of the Ministry of the Interior”. Because of the lunchtime, food was also offered. But is that justifiable in the current time when many people are extremely restrictive due to the Corona * crisis? “That is extremely unfortunate and absolutely not a role model. That must not be. Our industry is completely in the rain and a loophole is being sought. And don’t forget: We are only allowed to meet one person at the moment, ”explains Angela Inselkammer, President of Dehoga Bayern, to the Picture.

Video: is the mega lockdown coming? That’s how serious the corona situation in Bavaria is

The  time to look for loopholes is over”

Gastronomy Christian Schottenhammel agrees: “That is not okay. To solidarity heard everyone helping to stop the spread. This event should not have taken place. Others are punished for something like that. “And FDP parliamentary group leader Martin Hagen is also irritated:”Markus Söder said:

The  time to look for loopholes is over. One should assume that his interior minister takes that to heart. ”So far, the state chancellery has not wanted to comment on request. (came) * Merkur.de is part of the nationwide Ippen-Digital editors network. Situation-dependent easing – Germany extends the shutdown – with an opening...

Helicopters in action – homeless camp to be cleared! –... 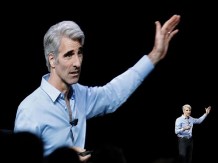