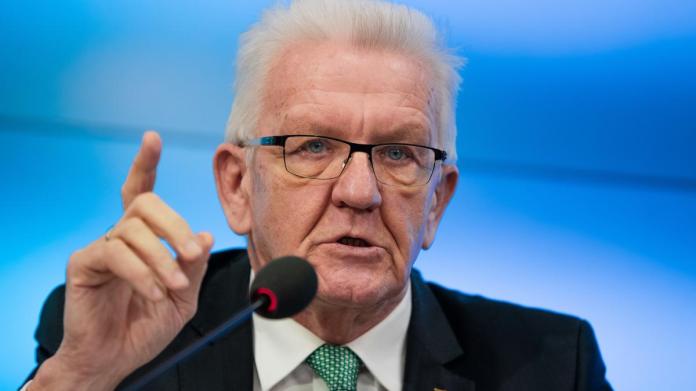 Baden-Württemberg’s Prime Minister Winfried Kretschmann intends to gradually reopen primary schools and daycare centers in the country from February 1st. He is striving to carefully reopen daycare centers and elementary schools “if the infection situation allows,” said the Green politician after the federal-state meeting on the corona crisis.

The  final decision will be made in the coming week.

Agreement at a federal-state summit

NRW Prime Minister Armin Laschet (CDU) has described the new anti-corona measures as an urgently needed means against the spread of the mutated virus. This is highly contagious and currently the biggest problem, he said in the evening in Düsseldorf. “We still have the chance to stop the explosive spread.

The se measures serve that. ”With regard to the further restrictions on contact, he appealed to the citizens“ not to look for a different person every day ”.

In Hesse, no changes are planned with regard to daycare centers and schools according to the new Corona resolutions by the federal and state governments. That was what Prime Minister did Volker Bouffier (CDU) immediately after the federal-state switch.

The n the parents should be asked to look after their children at home if at all possible. Where this is not possible, however, they can be sent to daycare centers and schools. In Hesse too, however, medical masks will have to be worn in the future on buses and trains as well as in shops. In addition, the agreements on more home office for employees, especially in the offices, also apply.

The  resolutions are correct without any ifs or buts,” Lauterbach told t-online. “But they only work if they are also controlled and implemented by the federal states.”

Bavaria’s Prime Minister Markus Söder (CSU) justified the obligation decided at the Corona summit to wear medical masks in shops and in local transport with the risk of the mutation of the corona virus. “If the virus becomes more dangerous, the mask has to get better,” said Söder in Berlin.

The  increased mask requirement is therefore “a good signal” and “absolutely necessary”.

Berlin’s Governing Mayor Michael Müller sees the mutation of the coronavirus as a new challenge for the fight against the pandemic. If the new variant is twice as contagious, efforts to contain it would have to be doubled, said the SPD politician.

Respect for Biden or dismissal from colleagues? – Trump’s foreign...

VfB Stuttgart: The club of the sawed-off presidents – DIE WELT

Assassin’s Creed: Valhalla: This is what you can expect in today’s...

Ahold Delhaize earns less in 2020 despite the jump in sales...

That’s what hairdressers think of their stark new haircut

Opening of the ski slopes: Italy postpones the date due to...

How to optimize Windows 10 – Our best tips

No Angles: Lucy’s late mother brought them back together