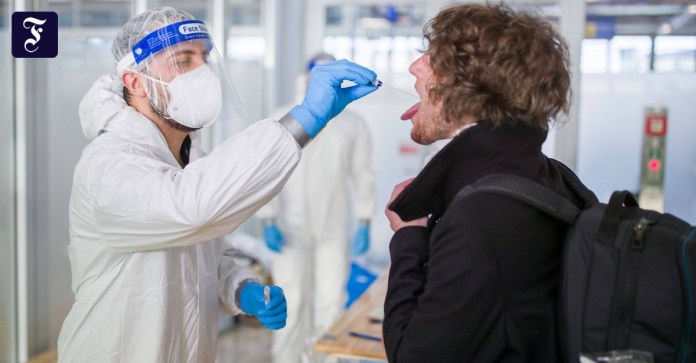 The high of 1,188 new deaths was reached on Friday. In the case of new infections registered within 24 hours, the highest value was reported on December 18, at 33,777 – but this contained 3500 late reports.

The number of cases recorded is usually lower on Mondays, partly because fewer tests are carried out on the weekend. Basically, the interpretation of the data is currently difficult because according to the RKI, cases were discovered, recorded and transmitted with a delay around Christmas and the turn of the year.

The number of new infections reported to the health authorities within seven days per 100,000 inhabitants (seven-day incidence) was 166.6 on Monday morning. Its previous high was reached on December 22nd at 197.6.

The differences between the federal states, however, are enormous: Saxony had the highest incidences with 359.8 and Thuringia with 316.2. Bremen had the lowest value with 90.9. Because of the holidays around the turn of the year, the weekly values ​​should also be assessed with caution.

Does Uefa have to cancel the European Football Championship because of...

A wafer-thin majority for the ban on combustion cars

The Berlin parks are in good hands with BSR

Salzburg’s Majeed Ashimeru is about to move to Anderlecht – football