Sports Minister Werner Kogler (Greens) said on Monday at “Sport and Talk from Hangar-7” of the Servus TV channel that the tennis halls may soon be able to open. “I am convinced that you can make an exception in tennis indoors. We have a huge volume of air in the tennis halls. It should therefore be possible for two to four people to do sports in these large rooms. “The problem is, however, to formulate a regulation in such a way that it also holds. Because the minister did not give the other indoor athletes much courage.” Many sports there won’t be. ”

The minister also made it known that the end of the lockdown will not mean that the training ban on contact sports in the open air will also fall. This means that from the end of January, even in amateur football, training with distance will probably only be possible. Training with contact will probably only be available with tests. Kogler: “As soon as the lockdown is over, we want the tests to create significantly more opportunities in social life. We have to see that the clubs get the tests and how they can solve them.”

In the sports that are already allowed, it will be possible to watch with a negative test. The minister emphasized the equality of sport and culture. “We will introduce the fact that you can watch sporting events that are already permitted at the same time as the culture.” He does not expect sports consumption and exercise like before the pandemic again until late spring, perhaps not until summer. The number of tests and those vaccinated will play a role in this that the vaccination will make a lot of things easier because stadium operators and sports clubs could introduce regulations. ”

HD + increases the cost of HD television via satellite

Corona and the economy: permanent shutdown only slightly clouds confidence 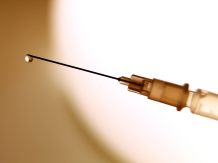