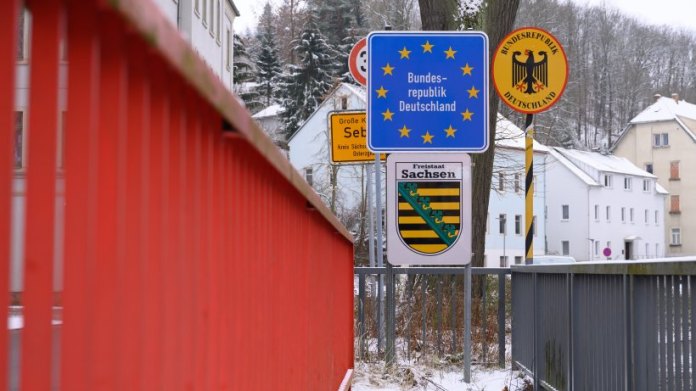 Slowed down: traveling in the pandemic will be even more difficult

The  borders remain open, but citizens should not cross them. Stricter Corona travel requirements came into force on Sunday.

Berlin. At Anja Meyer from Wasserbillig, the phone never stands still. I wonder why? Wasserbillig is in Luxembourg, Mayer is a hairdresser, her shop is open and of course the callers are German. This is what it looks like, the small border traffic: To Luxembourg to Cut hair.

The  Grand Duchy is recognized by the Robert Koch Institute (RKI) as Risk area led, the 7-day incidence is higher than in Germany.

But the truth is: defiance Lockdown there are no border controls and there are no quarantine regulations for returnees. Rhineland-Palatinate and Saarland make numerous exceptions, especially for day trips. And if you want to go to the hairdresser, you will find the trip to Luxembourg necessary and completely untouristic.

The re are such and such risk areas. “We have to find our European way,” says the Rhineland-Palatinate Malu Dreyer (SPD) our editorial team, “Europe is densely populated, with self-confident nation states and open borders”. All travelers are slowed down, but more from some countries – and less from others. An overview.

How do the risk areas differ?

The re are three categories: “Normal” risk areas, a contradiction in terms. “High incidence areas” in which the number of New infections is over 200 in seven days per 100,000 inhabitants. Finally, “virus variant areas”, in which highly contagious variants of Covid-19 occur. When dangerous mutations were reported from Great Britain and South Africa shortly before Christmas, the federal government began to tighten the requirements in different ways.

Who counts as a risk area, what do you have to consider?

Worldwide this includes over 100 countries in which I all countries, occasionally not nationwide, but only certain areas: five regions in Norway, four in Greece, two in Finland. Austria is completely included with the exception of two municipalities. In Denmark, the island of Greenland is excluded.

The  List of states can be found on the RKI website. In general, returnees from such countries must submit a negative test, which they can submit 48 hours after arrival. You have to fill out a digital registration and go into quarantine, which you can shorten after five days with another negative test.

more on the subject: Astrazeneca: 60 percent less corona vaccine for the EU

What and who are “high incidence areas”?

This is a new category that – decided on Friday – has been in effect since Sunday. Chancellor Angela Merkel (CDU) got the green light from the partners at a special EU summit on Thursday. “High incidence areas” are in principle states with an incidence above 200.

The se include Egypt, Albania, Andorra, Bolivia, Bosnia and Herzegovina, Estonia, Iran, Israel and the Palestinian Territories, Colombia, Kosovo, Latvia, Lebanon, Lithuania, Mexico, Montenegro, North Macedonia, Panama, Portugal, Serbia, Slovenia, Spain, Czech Republic, the USA and the United Arab Emirates. Entrants from such countries must submit a negative test before entering the country. Only then can a passenger board an airplane.

The  test must not be older than 48 hours.

The re are also exceptions in this group, i.e. countries that are missing from the list despite an incidence of over 200: Slovakia, Sweden, the Netherlands, France.

The  fact that a direct German neighbor is affected, the Czech Republic, in turn led to special regulations: Saxony and Bavaria demand from them Commuters from the Czech Republic that they can only be tested twice a week – not every day.

The re are exceptions for commuters in the border area with Belgium: From Wednesday, travel that is not necessary in Belgium until March 1 is prohibited.

Who are the “virus variant” areas?

This included Great Britain and South Africa at the beginning, followed by Ireland and Brazil later. For these four states, the strict ones are already old Test obligations, which were introduced this Sunday for the high incidence areas. In Europe, Portugal could soon be declared a virus variant area.

The  RKI is monitoring developments there very closely.

Also read: Corona: What We Really Know About Virus Mutation

Who will review the requirements?

Unlike the first lockdown in spring, no border is closed.

The  federal police are supposed to do more checks (spot checks).

The  problem area is that Private transport, whereas the carriers (airlines, ferries, buses, trains) are obliged to obtain a negative test from people entering from high-incidence or virus variant areas.

What should the editions bring?

When the first lockdown occurred, the number of flight passengers in Germany temporarily fell to around 55,000 a week in April. For comparison: Before the pandemic it was four to five million week after week. In the first week of January this year, the number was back over 440,000 – despite the lockdown. Obviously, the federal government wants to drastically reduce the number of travelers again.

In Spain, a classic holiday destination for Germans, the new test obligations do not bode well for the tourism industry.

The  classification as an incidence area should also have consequences for flights from the USA.

The  same applies to flights from Israel.

The re is, however, a prospect of improvement there: In Israel 40 percent of people have already been vaccinated. How effective the restriction of travel is for infection protection can be seen in New Zealand and China, which are reporting new corona cases – in New Zealand for the first time in two months. A zero-Covid strategy is hardly possible without border closings.

Corona – More on the topic

Aldi is adding quick tests to its range: From when you can buy the products

Another six people died / status of cases of infection with coronavirus (Covid-19): Value stagnates in the region: the 7-day incidence in the Wesel... Corona mutation: virus mutant B117 is much more contagious – health

Hardware stores in Hessen: New rules for Obi, Bauhaus and Co. from Monday

Basketball – Hamburg – Towers positive before the match against Frankfurt...

Music videos at the Filmwinter Festival: Honor for the Stuttgart band...

Stuttgart album: Was there more snow in the past ?: Memories...

Around 533,000 people are currently without a job – Coronavirus Vienna

Questions and Answers: What You Need to Know About Rapid Antigen...