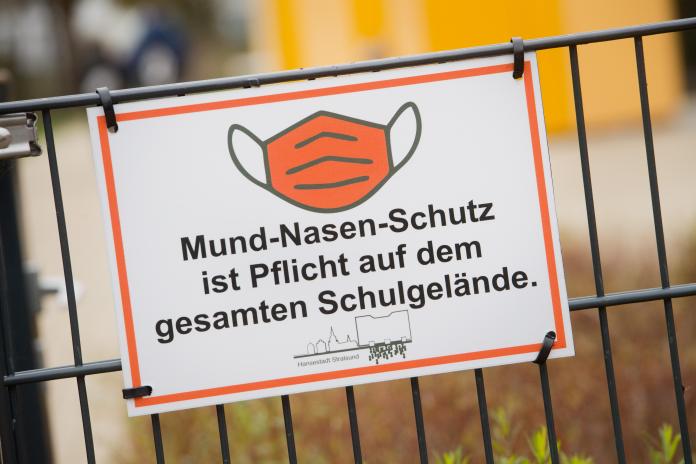 South Africa, which has been badly affected by the corona crisis, wants to start vaccinations against Covid19 in the coming month. “ Our goal is February,” said Health Minister Zweli Mkhize on Sunday with a view to the planned delivery of the first vaccine doses. First, however, the negotiations with the vaccine manufacturers would have to be concluded. Health experts had previously criticized the South African government for not having started the vaccination campaign. According to the authorities, more than one million of the approximately 59 million inhabitants of South Africa have been infected with the corona virus since the beginning of the pandemic. This makes it the country in Africa hardest hit by the crisis.

7.14 a.m.: Poland is hoping for doctors from the east in the pandemic

In the corona pandemic, Poland is massively soliciting doctors from its eastern neighboring countries. An amendment to the law passed by parliament is intended to simplify the approval of doctors from countries outside the EU. “ We currently have more than 500 applications from doctors,” says Kacper Gasienica-Byrcyn, head of the Optimus Work personnel agency. About 80 percent would come from Ukraine, another 20 percent from Belarus ( Belarus). Krzysztof Inglot from Personnel Service has had similar experiences. More than 1500 doctors are interested in jobs in Poland. “ We are mainly looking for cardiologists, pulmonologists, virologists, anesthetists and internists.”

Since Poland joined the EU in 2004, thousands of doctors have moved west. This development and the government’s austerity policy have bled the Polish health care system to death. According to the OECD report “ Health at a Glance 2020”, there were 238 doctors for every 100,000 inhabitants in Poland in 2017 – more than in any other EU country.

In the debate about the resumption of school lessons during the corona pandemic, Minister of Education Anja Karliczek has put the population in the mood for more difficult weeks. A complete return to full face-to-face teaching in all age groups is “unimaginable” due to the infection situation these days, the CDU politician told the newspapers of the Funke media group. It is also still unclear what effects the Christmas days and the turn of the year would have on the numbers. Today the education ministers of the federal states are discussing the situation, tomorrow Chancellor Angela Merkel and the prime ministers.

More on Lockdown Extension: What About Schools?

6.09 a.m.: Japan is considering a new state of emergency for Tokyo

In view of the increased number of corona infections, Japan is again considering declaring a state of emergency for the greater Tokyo area – but preparations for the Olympic Games in summer should continue. That said the Japanese Prime Minister Yoshihide Suga on Monday.

The -governors of Tokyo and surrounding prefectures had previously urged his government to declare a state of emergency for the greater Tokyo area again after the capital of the country reported a new record of 1,337 new infections on the New Year.

The -German health authorities reported 9,847 new corona infections to the Robert Koch Institute (RKI) within one day. There were also 302 new deaths related to Covid19 within 24 hours, according to the RKI on Monday morning.

An interpretation of the data remains difficult because around Christmas and the turn of the year, according to the RKI, corona cases were discovered, recorded and transmitted with a delay.

The -high of 1,129 new deaths was reached on Wednesday ( December 30th). With 33,777 new infections registered within 24 hours, the highest value was reported on December 18 – but this contained 3,500 late reports.

SPD health expert Karl Lauterbach pleads in the “ Passauer Neue Presse” for a “consistent” and unlimited lockdown. “ We have to reduce the number of new infections more significantly than planned so far. An incidence value of 50 is not enough, because in the future we will probably have to deal with a virus variant that is much more contagious than the one that was previously widespread in Germany.”

The -rate of new infections per 100,000 inhabitants in seven days must be reduced to 25, warned the SPD politician. On Sunday the rate in Germany was 139.6.

In the fight against the corona pandemic, the vaccine developed by the AstraZeneca group and the University of Oxford will also be used in Great Britain from Monday. According to the government, 530,000 doses of this vaccine are initially available. In total, Great Britain has ordered 100 million cans from AstraZeneca.

So far, more than a million doses of the vaccine from Mainz-based company Biontech and its US partner Pfizer have been administered in the UK. Great Britain is one of the countries hardest hit by the corona pandemic in Europe. In the fight against the virus, the government is relying on a quick vaccination campaign.

Online workshop: Monitoring and data analysis with the Elastic Stack

“Embarrassing!”: Sam Dylan shoots his friend Rafi in the Fernzoff

Grenke in the 4th quarter with a significant decline in new...

Who will be vaccinated first? Law should regulate sequence