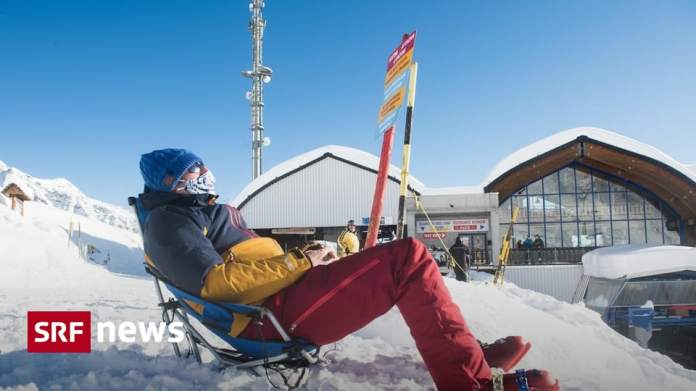 There had been no lack of admonitions and warnings before the holidays, before Christmas and New Year’s Eve. «Meet as few people as possible. Otherwise, the coronavirus infections could soar, ”it said.

So far, it doesn’t look like it: The number of cases is stable – albeit at a high level. From December 29 to January 7, the number of confirmed new infections fluctuated between around five and three thousand, with a slight downward trend.

Tanja Stadler, who is responsible for data analysis in the federal task force, says: “In terms of the number of cases – in fact – we now saw a slight relaxation over the holidays. However, it is to be feared, or we suspect, that significantly fewer people were tested. ” According to Stadler, the numbers should be viewed with extreme caution at the moment.

In fact, the Federal Office of Public Health reported strong fluctuations in the number of tests during this time – with a comparatively high proportion of positive tests. According to the WHO, this is an indication that the tests do not reflect the actual situation.

At the same time, however, a slight relaxation can be seen in the hospital stress: The number of hospitalized Covid patients has decreased by around ten percent in the last ten days.

“We are currently watching very closely how the number of people hospitalized and the number of deaths changes per day. Because that gives us – with a two or three week delay, but at least – with a somewhat greater delay, a somewhat more objective perspective on the infection process, ”explains Tanja Stadler.

She expects to be able to make statements next week about what happened at the start of the holidays in Switzerland with regard to infection.

It is also still unclear whether and, if so, what influence the possibly more contagious mutations of the coronavirus have on the development of the pandemic in Switzerland.

Corona summit: lockdown change of course? What will be decided...

Weidinger: “Department Store Austria” – a good opportunity to shop in...

Corona vaccination: the cold pole of the republic