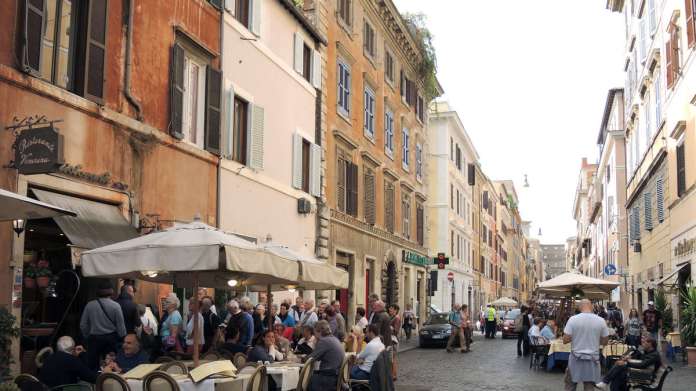 Because of the corona pandemic, many people in this country are staying at home. This is also reflected in cooking. Italy in particular has benefited from this.

The  Germans have become during the Corona* -Pandemic particularly often a food Italy granted: noodles. Last year the Pasta-Exports to Germany increased by a good 20 percent compared to 2019, said the Italian industry association. “For us, Germany is the number one export market,” said Luigi Scordamaglia from the food association Italy supply chain the German Press Agency.

While other economic sectors had to cope with declining exports to the largest European economy during the pandemic, the Italian food industry significantly increased its business with Germany. Next Pasta would also have exports of cheese, Olives or trip increased.

The  biggest Export hit of the Italian food manufacturers were pasta last year. Pasta is one of the products whose consumption “exploded” during the pandemic, explained Scordamaglia. In Germany, pasta is very popular anyway.

The  expert attributed the historically high sales to, among other things, the ease of preparation and the higher demand in times of corona. Many people have been in the past few months because of the pandemic Homeoffice remained. In addition, many had to forego restaurant visits due to Corona and the lockdown. As a result, pasta was a quick, easy, and tasty alternative for many.

Italy’s economy and society have been hit particularly hard by the corona pandemic, also in a European comparison. According to estimates by the Italian central bank, economic output fell by around nine percent last year. Since the pandemic started in February, more than 82,500 people have died with Sars-CoV-2. Over 2.4 million people have been infected with Corona. (dpa / utz) * Merkur.de is part of the nationwide Ippen digital network.

What applies where in Bavaria: Corona easing in your region

New cases – China imposes corona lockdown on the border with...

COVID-19 – The fight against a severe corona course is decided...