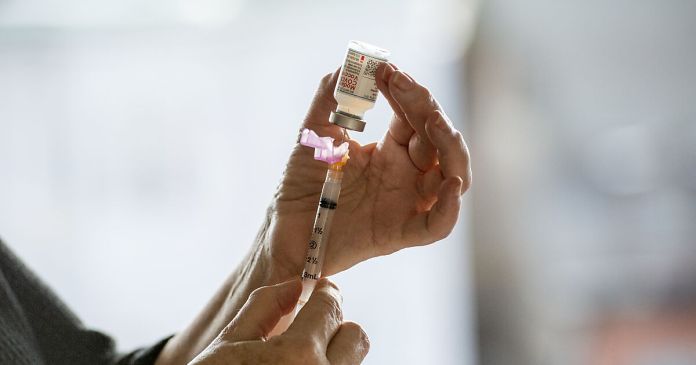 This would pave the way for the second vaccine against Covid-19 in the EU after the approval of the preparation by Pfizer and Biontech. The Moderna vaccine is already approved in the United States, Canada and Israel. EU Commission chief Ursula von der Leyen welcomed the recommendation. “Good news for our efforts to get more Covid-19 vaccine to Europeans,” she wrote on Twitter.

Federal Chancellor Sebastian Kurz (ÖVP): “Today’s approval of the Moderna vaccine is another important step in the fight against the pandemic. This means we have more vaccine available in the EU and can fight the pandemic more quickly. I now hope for a quick one AstraZeneca and Oxford University approve the vaccine in the EU in compliance with all scientific standards, following the recent UK and India approvals. ”

The more vaccines we had, “the faster we get out of the crisis, the fewer people die and the fewer jobs are destroyed”.

The EU can request a total of 160 million cans of Moderna. For Austria, which is always entitled to around two percent, this means doses of 3.2 million. According to Kurz, 200,000 cans of Moderna would be delivered in the first quarter. This would allow Austria to vaccinate over 500,000 people in the first quarter of the year with the vaccines from Biontech / Pfizer and Moderna. “This vaccine gives us another tool in the fight against the current emergency situation,” said EMA chief Emer Cooke. The vaccine protects about 94 percent against Covid-19. Even after the recommendation, according to the EMA boss, the experts will continue to monitor all data on safety and effectiveness.

This is how the process went

The EMA experts had been evaluating the manufacturer’s data using the so-called rolling review process since November. After that, the results of the studies are checked even before an application for approval is submitted. The EMA emphasized that the process is much faster, but just as careful. In the case of a conditional approval, the manufacturer is obliged to transmit data to the EMA afterwards, for example on the long-term effect.

Alexander Herzog, General Secretary of Pharmig, on the Moderna approval: “This is an extremely positive start to the new year, and for the entire population.” Temperatures of initially minus 20 degrees are sufficient for storage. After complete thawing and before the first use, it can be stored in the refrigerator for up to 30 days at a temperature of two to eight degrees. Austria is to receive around 200,000 cans in February as part of the EU pre-order. Deliveries are made from Switzerland, where a production facility has been set up for Europe with the pharmaceutical company Lonza.

80 subsidized apartments are empty in the Frankfurt settlement

Earthquake in Indonesia: “Nothing but rubble”

Motivation problems at FCB? “Harder to get goose bumps”

FMA report on the 4th quarter 2020 of prospectus supervision:

SBB top manager is also a member of the board of...