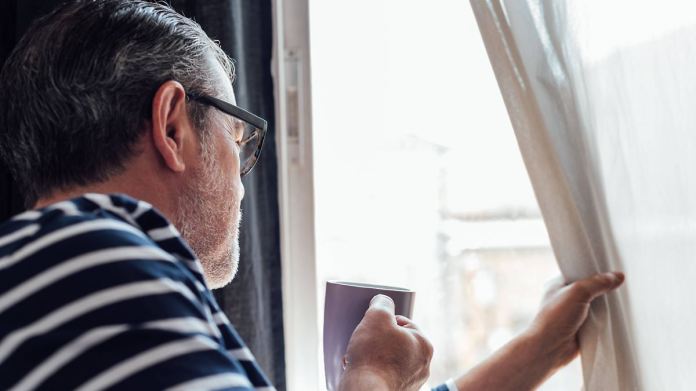 If you have been infected with the corona virus, you have to go to quarantine at home immediately. Some people don’t see that. But the countries are planning a tough measure for unteachable quarantine objectors.
According to a report by “Welt am Sonntag”, several federal states want to act more sharply against stubborn quarantine refusers. In addition to high fines, disregarding the applicable regulations could result in extreme cases of forced admission to central collection points, clinics or youth detention centers. This is already being done in individual cases on the basis of judicial instructions.

In Baden-Württemberg According to the report, central facilities for repeated quarantine breakers will soon be available. “ The se segregation sites are permanently monitored by a security service,” the newspaper quoted a spokesman for the State Ministry of Social Affairs as saying. Two clinics have been selected for this.

Schleswig-Holstein therefore want to accommodate quarantine breakers in the coming weeks on the grounds of the Moltsfelde juvenile detention center, it said, citing the district council. Before this, there is usually a “dangerous speech” with the participation of the police as a warning.

Brandenburg wants to set up a central office for quarantine breakers in an initial reception facility, according to “WamS”. So far, those affected have been placed in a hospital or another “suitable facility”, it said, citing the country’s Ministry of Social Affairs.

In Saxony According to the Ministry of Social Affairs, “an accommodation facility” is currently being built for such purposes. So far, stubborn quarantine breakers have been placed “in a locked hospital or other suitable accommodation”.

Bavaria According to the “BamS”, the Ministry of Health announced that it was mostly possible to persuade citizens to give in “through emphatic instruction” and by pointing out “compulsory segregation and fines”. As a last resort, forced admissions to municipalities, such as “closed hospitals or closed parts of hospitals”, remained.

Also Of Berlin Health administration does not rule out compulsory admissions, “for example in a hospital”. Hamburgs

The  social authority announced that there would be forced admissions, options were available, but did not comment on details. In Hesse, such a facility was closed again due to low demand.

Clashes during protests against police violence in Paris – Politics –

Further measures for the Schwaz district

Luka Modric should move to Bayern Munich – Croatian was Carlo...

Broadcasting fee: Broadcasters move ahead of the Federal Constitutional Court |...

BMW Austria has won Shell NewMotion as a charging partner |...