Crime – Frankfurt am Main:Man fails in court with story of hairbrush

The  judges rated the man’s statement that the mobile phone was actually a hairbrush as “a mere protective claim”. As the district court in Frankfurt announced on Monday, the man was sentenced to a fine of 180 euros (971 Owi 363 Js 72112/19).

The  driver of the bus had been photographed by the police while he was on the phone while driving. However, the 31-year-old man at the main hearing last summer claimed that he had only combed his beard with a hairbrush.

The  brush presented in court was curved – in contrast to the device in the pictures.

The  recordings also showed that he was holding the device to his ear. “A combing process that would inevitably require a comb downwards and / or to the side cannot be seen in the pictures,” the court justified its decision.

According to the local court, the decision of June 16, 2020 is not yet legally binding.

Important votes on Sunday – SVP moves into the Valais government,... 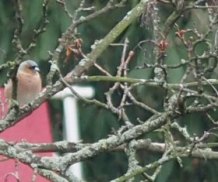 Fire brigade in Berlin – ice accident at lake in Treptower...