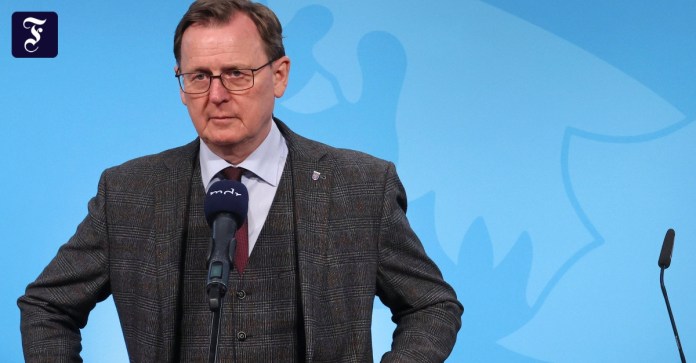 NAfter an unsuccessful appearance by Thuringia’s Prime Minister Bodo Ramelow on the new audio app Clubhouse, the FDP member of the Bundestag Michael  The urer questioned the level of discussion of the federal / state consultations on the corona crisis. “Mr Ramelow’s statements give an idea of ​​the level of discussion in the escalating prime ministerial groups.

The  fact that this round has de facto relocated a large part of the legislative functions in Germany from the Bundestag and Landtag to the back room is completely unacceptable, “said

The urer of the German Press Agency. “

The  decisions and the discussion about them have to go back to the parliaments,” the deputy chairman of the FDP parliamentary group affirmed a regular demand of the liberals.

The  left-wing politician Ramelow had told the still relatively new App Clubhouse in a talk format that he played the smartphone game Candy Crush at the hour-long and sometimes interrupted meetings between the Prime Minister and Chancellor Angela Merkel (CDU). He also referred to the Chancellor there as “Merkelchen”. Ramelow received a lot of criticism for his chats on Sunday. He apologized in various ways for the statements, particularly clearly for the designation “Merkelchen”.

“If it turns out that Bodo Ramelow is playing cell phone games during the Prime Minister’s Conference, then he should check his behavior,” Thuringia’s Interior Minister Georg Maier (SPD) told the editorial network Germany. “

The urer asked about the “self-control of some politicians” with a view to the Clubhouse app. “Just as Robert Habeck once uninstalled Twitter because he lacked the discipline for this app, similar questions arise when Philipp Amthor (CDU) or Bodo Ramelow serenades at night,” said

Clubhouse is a social media app from the United States that is currently experiencing a hype in Germany. You can use it to participate in roundtables, but there are also closed roundtables. You cannot see yourself in the app because it is an audio format.

"We want to offer a safe shopping experience" – Berliner Morgenpost

Opponents of the Corona rules want to sue against the ban...