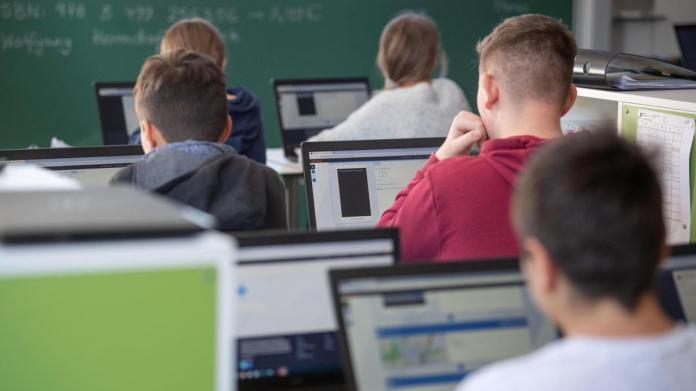 In Bavaria, the digital learning platform collapsed again before Christmas; just one problem of many with corona distance learning. The CSU now wants to make an effort to advance the digitization of education – nationwide.

Dhe CSU is the party that particularly insists on the competence of the federal states in education policy. According to the motto: What do we care about the problems in other countries when things are going well in Bavaria. But the Corona crisis has revealed that the digital glory of education in the Free State is still in the future.

The fact that Bavaria’s learning platform Mebis collapsed on the first day of the December lockdown was embarrassing and significant. Although a politician from the Free Voters is responsible for the Ministry of Culture, he grapples with the legacies of CSU ministers. The CSU has now come to the conclusion that education must be organized more centrally.

The regional group in the Bundestag has prepared a paper for its exam in the coming week, which gives federalism an important role, but contains innovations that can only be organized in the network of all states and thus centrally. The paper is exclusively available to WELT AM SONNTAG. “ Corona was the tax audit for our education system and openly showed the strengths, but also the weaknesses. We want to make 2021 the year of education and ambitiously further develop our education system – according to the clear stipulation: more modern, more flexible, more digital, ”said state group leader Alexander Dobrindt.

The CSU is convinced that digitization is entering “an exponential phase”. “60 percent of our primary school children today will later work in professions that don’t even exist today,” the paper says. The party wants to do justice to this with a new canon of subjects.

“The subjects of programming and digital economy must be available across Germany.” In addition, new teaching and learning methods are to be implemented as an integral part of the classroom. The CSU also includes computer games: “Serious games are just as natural as robotics, the basics of programming and the learning of“ computational thinking ”.

The educational revolution would be more successful with a joint federal effort. “We therefore want a new national education summit at which the federal and state governments agree on the desired nationwide degree of digitization and define specific steps and measures for this. Our goal is a dynamic federal race. ”The demand is a point against the states. They recently reached an agreement with which they want to make the education system more comparable. Originally this was supposed to be a state treaty, but for some it went too far.

A separate IT specialist for each school

What the countries have always resisted are timetables that say by when this or that should be implemented. But this is exactly what the CSU is now demanding: “We want clear deadlines for the jump to the digital school. It doesn’t make sense for every country to develop its own server and cloud solution. It is right and necessary for the federal government to support this. But it is also true that a lot arrives on site too slowly or to a small extent. We therefore want future federal funding to be linked to clear implementation deadlines. ”

The CSU wants to build a nationwide education cloud and a digital platform with video conference, learning management and suitable server systems for digital learning. “ Server failures and telephone chains do not fit in with a modern educational landscape.” Every subject must also be able to be taught digitally.

To do this, every school must “have its own IT specialist for system integration so that smartboards, tablets and robotics lessons always work”. In many schools, which are comparable to companies with 1,000 employees, teachers still do this job on the side. The CSU also wants to promote the next generation outside of school. To this end, “digital centers of excellence” are to be set up, “in which we can discover, train and promote future digital talent.

Finally, the CSU ventures into another controversial terrain: “The CSU wants a federal university clinic.” In 2011, the then Research Minister Annette Schavan (CDU) suggested the Berlin Charité for this. Above all, that would have brought the institution more money. It did not come about, also because the federal states resisted the idea that there should be a privileged university. Now the CSU is pulling out the plan again: “Medical excellence is not a question of prestige, but of general interest. That is why we want to found a federal university clinic that will become a global beacon for medical research, teaching and treatment. “

Are you excited or disappointed?

The Bachelor (RTL): Details about the finale revealed – dream dates...