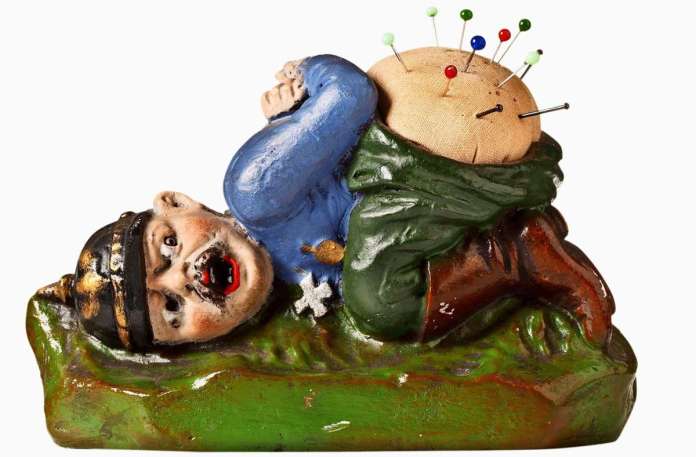 One of the things that was once exhibited as an aberration of taste in the Landesgewerbemuseum: the caricature of a German soldier as a pin cushion. Photo: Landesmuseum Württemberg / Hendrik Zwietasch Photo:
A pin cushion with needles stuck in a gendarme’s bare bottom; A comb in the shape of a woman’s legs: the State Trade Museum, which also exhibited aberrations in handicrafts, would be 125 years old next year.

Stuttgart – Württemberg is not exactly a stronghold of early industrialization in the 18th and 19th centuries, and when the kings looked at their agricultural empire that way, they realized that they had to give their craftsmen and traders a hand, they wanted Do not lose touch in the competition between countries. One form of economic development around 1850 was collecting samples. Representatives of the kingdom traveled through neighboring countries and bought thousands of items, from glasses frames to toothbrushes – later also at the world exhibitions that take place every few years, such as in Paris in 1900. This evidence of early industrial espionage came to a special model warehouse that was set up in 1850 in the old legionary barracks on Obere Königstrasse, where the Wilhelmsbau now stands. Later the collection became so large that it was to become a state trade museum, for which today’s House of Business on Schlossstrasse was built by 1896. After the building was badly damaged in World War II, politicians abandoned the facility and distributed its objects to other museums such as the State Museums of Württemberg and Baden or the State Gallery.

Sophia can also paint: Self-portrait of robot woman auctioned for $...