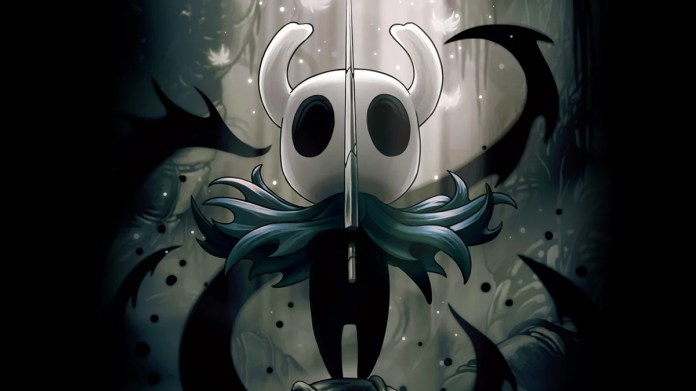 Game sales, giveaways and bundle deals are now ubiquitous for PC gamers. If you don’t filter your way through the list of offers, you will quickly overlook worthwhile titles in the crowd. We are therefore introducing some games that promise fun and are currently particularly cheap.

Award-winning and tough – this is how the wonderful action adventure comes about Hollow Knight therefore. In a world full of insects, players take on the role of the Hollow Knight, a white knight who is supposed to fight a dangerous plague and rescue the fallen kingdom of the Savior’s Nest from the darkness. In addition, the Knight can be controlled through classic 2D side-scrolling levels, which come up with all kinds of opponents and other dangers. In particular, the 30 bosses waiting for the player in Hollow Knight are tough.

The  degree of difficulty of the boss fights can be compared with some encounters in Souls games, although the fights in Hollow Knight are much faster and more dynamic. In order to finish off the opponents, the protagonist has numerous abilities – such as spells or special attacks and jumps – available that can be unlocked during the course of the game.

Hollow Knight is available until February 1st, 2021 for 7.49 euros in the Humble Store.

The  Wild West Adventure Desperados: Wanted Dead or Alive offers tricky tactical gameplay combined with a cinematic atmosphere. Although the game is around 20 years old, it still exudes an exciting charm that casts its spell on players in no time at all. Desperados takes place in the late 19th century in the southwest of the USA and sends the player into a wild west setting suitable for film. In the role of the bounty hunter John Cooper you gather your own gang to dust off the horrific reward of a railway company. Bandits spread fear and terror with their raids on trains operated by Twinnings & Co and, last but not least, cause great financial damage to the company.

Cooper and his five followers not only have character differences, but also have various skills in their luggage that should prove useful in the fight against the Bandidos. Desperados: Wanted Dead or Alive is available for purchase in the Humble Store until February 1st for 1.24 euros.

If the game seems a bit too dusty for you, you should definitely take a look at the third part of the Wild West series of games. On Desperados III (2020) there is a 50% discount in the Humble Store until February 1st (24.99 euros instead of 49.99 euros).

If you are into looting & leveling in the best hack-and-slash manner, that’s for you Torchlight II a great alternative to the supposed top dog Diablo III.

The  action role-playing game sends players alone or together with others in co-op mode into randomly generated dungeons that have tons of monsters and loot ready.

The  loot is distributed individually for each player so that there are no misunderstandings when picking up the items.

The  Torchlight II story campaign is definitely worth playing and can be tackled several times in NG + (New Game Plus).

The  NG + mode offers stronger opponents as well as better loot and is also a challenge for players at the highest level (level 100). In Torchlight II, players can choose one of four character classes, each equipped with different long-range or close-range combat skills.

The  various items of equipment can be worn by any class, provided that the character values ​​meet a certain minimum requirement.

Superhot is a very special first-person shooter. It is not only the stylized graphics that make the game stand out from other genre representatives, but above all the unique gameplay. With Superhot the time only continues if the player moves. In addition, there is no display for your own health and you are looking in vain for ammunition. If your own weapon is shot empty, you can get up close and personal with the enemy and fight them in close combat with baseball bats, swords or, if necessary, your own fists.

The  opponents usually appear in massive numbers and leave behind weapons and ammunition when they die. Since the action pauses as soon as you stop, you can come up with a suitable strategy for every difficult battle before moving again and the action continues. An endless mode also makes it possible to test your own skills in the fight against never-ending waves of opponents.

The  turn-based global strategy game Galactic Civilizations III invites players to take control of one of three civilizations. In Galactic Civilizations III, humans, drengin and altarians share the seemingly endless expanse of the universe and colonize alien worlds as if it were a competition. In order to secure the supremacy of the own civilization in the galaxy, the player has different tools at his disposal. In addition to a classic, military strategy, diplomatic relationships, technological lead or cultural superiority can also lead to victory.

You can find these and other current bargains in the picture gallery:

Game bundles can also be worthwhile for bargain hunters. Due to the rather low prices, a bundle purchase is sometimes worthwhile if you are only interested in a single title. Other bundles score points for the number of games they contain. Attention: many bundles rely on a subscription model!

* System is only supported by some of the games

When is the next Steam sale?

Sales are always available on Steam. Typically, the “Weeklong Deals” alternate with the “Weekend Deals” – these are individual special offers that apply during the week or on the weekend.

The re are also the big steam sales that take place once a year. Next, the following large sales are expected on the dates given:

In fact, the dates may differ or there may be other large sales that are not yet known.

Both With marked links are commission links (affiliate links). If an order is placed via such a link, heise online receives a commission.

The re are no additional costs for the buyer.

WhatsApp: Drastic change will come to users from January

Chancellor Merkel is working on a plan to relax the corona

Zoom is growing rapidly, but investors are still not satisfied

Long queue in front of the Corona test center at Hamburg...