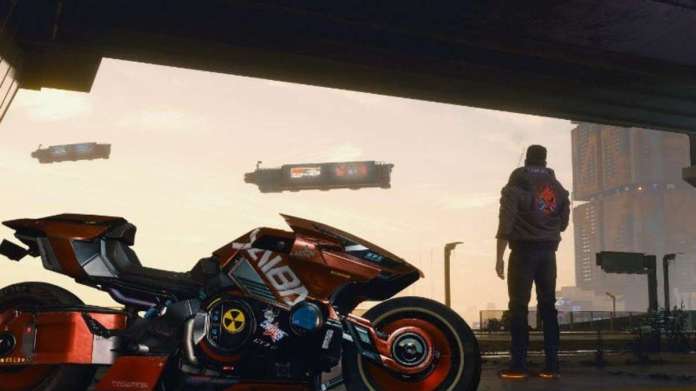 The “Cyberpunk 2077” developer CD Projekt Red announced that the first free DLC will appear at the beginning of the year. What can players expect?

In December “Cyberpunk 2077” was finally released after a long wait and many delays. The expectations of the players were very high. Unfortunately, it turned out that the game suffers from bugs and performance problems – especially on the PS4 and Xbox One *. Now CD Projekt Red has announced its first free DLC. But what can we expect in it?

The “Cyberpunk 2077” studio revealed on the game’s official website that the first free DLC sometime in early 2021 will appear. A specific date is not given. Therefore it can be expected sometime between the end of January and the beginning of April. Of course, there can still be postponements – the developers are currently working on major updates that will improve the PS4 and Xbox One versions of “Cyberpunk 2077”.

The “Cyberpunk 2077” studio originally planned, everyone DLCs ​​and expansions to be announced prior to publication. However, after the game was postponed a third time, CD Projekt Red President Adam Kicinski said the company would instead wait for the game to be released before revealing details about the DLC.

also read: “Cyberpunk 2077” developers admit: “Did not pay enough attention to the Xbox One and PS4 versions”.

Cyberpunk 2077 DLC: What new features can we expect?

It’s unclear what exactly the free DLC will include, but there will likely be more cosmetic adjustments for game figure V included. Players may also be able to join Nebenquests calculate. However, the question is whether future DLCs will bring about major changes for the game world. For example, many games wish Hairdressing salonsin which you can change the hairstyle of character V at any time. Others would like one Garagewhere they can park their cars and look at them. Such features would make “Cyberpunk 2077” much more immersive. Night City also has an existing one Monorail–network, which should actually be used for fast travel. Maybe this will be activated with a DLC at some point?

It is only clear that the CD project both free as well as chargeable extensions plans, as with “The Witcher 3“Was the case. First of all, fixing the bugs has priority. The game plays so badly on PS4 and Xbox One that Sony and Microsoft not only had to issue massive refunds, but also issued a purchase warning to the game. “Cyberpunk 2077” has even been removed from the Playstation Store and is no longer available as a digital version. (Ök) * tz.de is part of the nationwide Ippen editorial network.

Financial experts (almost) agree – investors are migrating from gold to...

Garden hut with sauna in Frankfurt burned down | hessenschau.de

Cannibals from Berlin: Camera recorded how the killer buried the victim’s...

How can I calculate the 15 km radius?