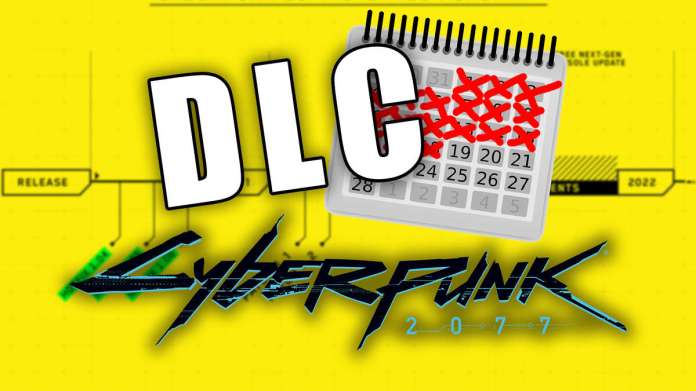 The  catastrophic release of Cyberpunkt 2077 is still hanging on CD Projekt RED. But now it has been announced that the first DLC will be postponed and when patches and updates will come.

The  employees of CD Project RED you probably hardly got a minute of peaceful sleep in the period between the years. Since Release of Cyberpunk 2077 have disappointed and angry Fans

The  development studio has no peace of mind to find new errors and bugs over and over again. In an attempt to limit the damage it did Marcin Iwiński in one Video publicly apologized for poor management.

The  studio’s co-founder also explains that Updates are on the way with improvements. But this is at the expense of the announced DLCthat are now being postponed.

In the five-minute Video explained Marcin Iwiński in detail how the disastrous state came about in which Cyberpunk 2077 to Release on PS4 and Xbox One. So he explicitly takes the blame for the situation on himself and the management of CD Project RED and explains: “

The  board and I make the final decisions and it was our decision to bring the game out. “

The  top priority for the development studio is now that game to make it adequately playable on all platforms, for which three hotfixes have already been released and now more Patches come.

As CD Project RED had already announced, further larger ones are to be added in January and February Updates come to Cyberpunk 2077 especially on the Consoles to make it more playable. In a blog post by CD Projekt RED, a roadmap is shown that also includes free DLC and the next-gen upgrade is discussed. Originally the DLC appear at the beginning of the year, but are now apparently in favor of Patches postponed.

The  roadmap continues to promise the Release the additional content in the year 2021, but this will definitely not take place in the first quarter.

For more details about the progress being made on Cyberpunk 2077’s further development, including information about updates and improvements, free DLCs, and more, please visit https://t.co/vfY3xxCM1G pic.twitter.com/6U28q8pcVH

The  Release for the new Patches and DLC of Cyberpunk 2077 are stretched a little further over the rest of the year.

The  next-gen upgrade should also appear this year, but it’s only the second half of 2021 scheduled.

The  milestones, which have been stretched a little further, should also be part of a new promise from CD Projekt RED against Crunch, after accusations from last year Crunchtime came up against the developer.

With the promised DLC is small additional content for Cyberpunk 2077.

The se also include, for example, cosmetic items and weapons, new quests and other little extras. This brings CD Project RED traditionally out for free, as with

The  Witcher 3. But don’t expect a huge side story that comes for free. Any DLC with big story additions are not yet certain, but will probably be paid, as well as Hearts of Stone and Blood and Wine in

To the promised Multiplayer-Modus expresses Marcin Iwiński not in his statement. Cyberpunk 2077 but should be an extensive Multiplayer which, similar to GTA Online, takes place separately from the single player, but still in the open world. Only recently there was a leak about the multiplayer mode of Cyberpunk 2077 in which some paragraphs from the code were published.