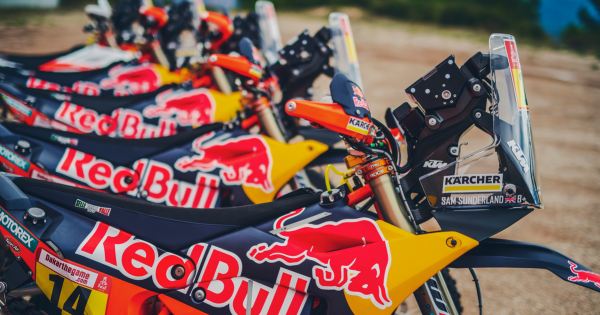 The Australian Toby Price, who had lost the lead the day before, improved with victory on the 3rd stage over 402 kilometers around the Wadi Al-Dawasir from 15th to fourth place overall.
For American Howes, fourth place on the day was enough to secure the overall lead from eighth place. Because this time it got the dominators of the previous day. Overall first Joan Barreda (Spain) did not get past the 30th time on Tuesday in Saudi Arabia with his Honda and was only eighth overall (+9: 02 minutes). Factory driver Price, on the other hand, is only 1:52 minutes away from his leading brand colleague.

For ex-winner Walkner, the frustration after the defect and missing the podium finish had subsided somewhat. After finishing third on the day, 2:36 minutes behind Price and 1:20 minutes behind Argentinian Kevin Benavides (Honda), the 34-year-old said it was a “pretty easy day”. Due to the lack of chances in the overall standings, he was able to enjoy the stage with the very impressive landscape differently than usual, said the Salzburg native. “Let’s see what the next nine stages will bring. I have no more pressure and nothing to lose”. In the overall standings, Walkner only made up seven places and is 39th more than two hours behind Howes, who was ninth overall in 2020.

Cyberpunk 2077 reportedly had the biggest digital launch in history

Berlin: After a fatal crash with a police car – suspended...

Triathlon and COVID-19: Why Triathletes Should Take Vitamin D.

Saarland: man saunas on the roadside – and the police arrive