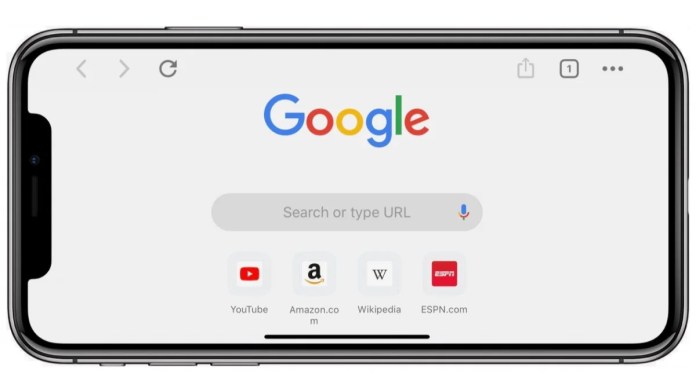 Google is actually not lazy when it comes to updating its apps for iPhone and iPad – there are regular updates with new features and bug fixes. But since December, nothing has happened with popular applications such as Chrome, Maps, Gmail, YouTube or Drive.  The y remain at the old version. With the Chrome browser, this could potentially even result in the app having as yet unknown security gaps – the application was last touched by Google on November 23, a small eternity.

Duty to be more transparent since December 8th

Many of the Google apps were last updated on December 7th. That in turn is exactly one day before the official start of Apple’s newly introduced obligation to publish so-called data protection labels.

The  idea is more transparency. Apps should give users in the App Store information in advance about which data will be collected so that they can refrain from downloading if necessary.

The  group divides the data protection information into the sections “data that are used to track your person”, with the user “directly linked” and “unlinked” data. In the area of ​​”tracking”, app providers must disclose the potential creation of user profiles for advertising purposes, with the help of which the information collected in an iOS or iPadOS software is combined with data from other apps or even from websites and offline offers.

At the beginning of the year, there were allegations that Google could delay its updates because of Apple’s new data protection label. At that time, however, the company announced that it was planning to provide its own iOS app catalog with data protection labels, as a Google spokesman told a US medium.

The  first Google software will list its data access in the next few days in label form. But that is exactly what has not happened so far. Instead, two new Google apps appeared after December 8th that do not have the data protection label. Or they could simply be stuck in Apple’s App Review, i.e. submitted before December 8th.

Nevertheless, it is surprising that the search giant still kept its feet still at the end of January and did not update any of its most important apps. It is unclear what impact the introduction of data protection labels will have on download figures. However, they are prominently listed by Apple – and not in the small print. It is possible that Google’s data protection lawyers, known to be masters of their field, are still in a coordination process as to what exactly needs to be disclosed. On these days, Vienna expects a rush for mass tests –...

Now seniors over 80 are invited to be vaccinated in Berlin...

Before the hearing in the US Congress: Gamestop gambler “Roaring Kitty”...

R value in seven cantons over 1