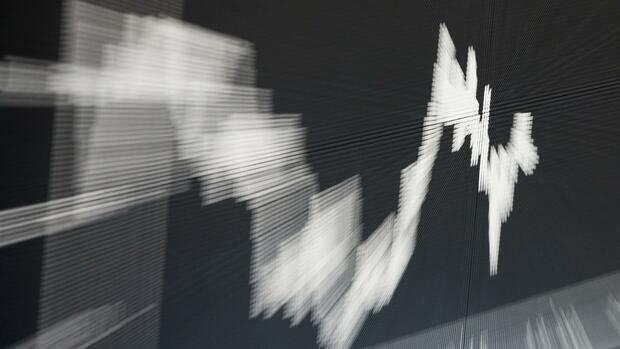 The  trading volume this Monday is low. With around 35 million shares traded, only around a third of the total volume was reached on Friday a good half hour before the market closed.

The  reason: In the USA, the stock exchanges remain closed on Martin Luther King Day.

Today’s trading day goes to the Corona winning shares again in view of the impending tightening of lockdown measures. Maybe it’s even the young traders buying their favorite stocks this Monday.

In the Dax, the delivery service Delivery Hero was clearly ahead with a plus of more than two percent. In the MDax small-cap index, the mail order company Hello Fresh, the software company Teamviewer and the online pharmacy Shop Apotheke were among the top 6 papers in terms of performance.

The  Dax has been in a short-term correction mode for a week.

The  previous low of this correction is 13,673 points, reached last Friday. Just below that, at 13,500 meters, is an important technical chart mark.

Investors will be eager to see whether the German stock market behaves as it did in the past in the run-up to new or more stringent lockdown measures. So far, the following picture emerged:

The  prices gave way or even crashed downright. But after a lockdown was decided or tightened, prices rose again.

This scenario has occurred three times: in mid-March and early November of last year and early January of the current year. When the measures were tightened on January 5, the German stock market barometer was now at 13,566 points, the previous low of the still young stock market year 2021. Three trading days later, the record high of 14,132 points was reached.

According to media reports, Chancellor Angela Merkel and the heads of government of the federal states are likely to tighten the existing measures again tomorrow, Tuesday. It is possible that the familiar behavior pattern will reappear on the stock market. An important condition for this:

The  production of the listed companies must not suffer from the new measures.

It’s worth taking a look at the “honest Dax” again. That means: on the price index, the stock market barometer without taking dividends into account. In contrast to the performance index, in which dividends are included, this has not yet reached a high. With currently 5957 points, it is still well below its record level, which it reached at the beginning of 2018 with 6444 points.

The  positive news: From a technical point of view, there are many indications that the price index will soon climb new record highs.

The  important resistance at 5600 meters was overcome. And as long as this mark “holds”, it should soon surpass the record high of 6,444 points. A sprint above the highest mark from last year (6137 points) would support this perspective.

Mixed news comes from investor sentiment. According to the Handelsblatt survey Dax Sentiment, there is no longer any euphoria among private investors, which is positive. Because euphoria is a contra-indicator and signals falling prices. A rather small minus of 1.9 percent in the past trading week has already ensured this. However, investors are not very willing to buy. Both together speak for a continuation of the ongoing correction.

A positive economic development can be observed in the Middle Kingdom: Despite the burdens from the corona pandemic, China’s economy achieved significant growth in 2020. According to the Beijing statistics office, the second largest economy grew by 2.3 percent in the past year. Growth was greater than many analysts had expected. According to forecasts, China is the only major economy that did not shrink in 2020.

The  inauguration takes place on Wednesday of the new President Joe Biden at.

The n the Trump era will officially end. According to a report in the “Wall Street Journal”, the upcoming Treasury Secretary Janet Yellen has announced that she does not want to artificially push the exchange rate in order to stimulate the US economy. A weaker dollar makes American exports cheaper on the world market, which increases demand.

In the past, Trump has regularly complained in public about what he sees as a dollar that is too strong. In this respect, Yellen could quickly put an end to the discussion that flared up again and again. However, the media report on Monday morning had little influence on the euro-dollar exchange rate.

The  share gains more than three percent. A more optimistic estimate for global economic growth in 2021 as well as strong digitalization and electromobility trends make the US bank Goldman Sachs confident for Europe’s chip industry. According to analyst Alexander Duval, Infineon should benefit particularly with a view to the automotive sector. He therefore deleted his neutral investment assessment and now recommended the Munich chip manufacturer to buy. He raised the price target from 27.50 to 42.70 euros, which implies a potential of around 22 percent even after the price increase on Monday.

Symrise: A negative analyst comment pushes the share of the flavor manufacturer into the red. It falls by around 0.9 percent to around 100 euros.

The  experts at Morgan Stanley have downgraded the stocks to “Underweight” from “Equal-Weight” and lowered the target price to 90 from 92 euros.

The  HSBC experts have reduced their target price to 3.50 from four euros.

The  number of passengers at Frankfurt Airport collapsed in 2020 due to the corona pandemic.

The  number of passengers in Frankfurt was at the level last seen in 1984,” said Fraport boss Stefan Schulte.

The  hope of a dividend is pushing the disappointment of Aareal investors about the bank’s annual loss into the background.

The  shares of the real estate financier rose by 7.4 percent to 21.44 euros after an opening loss of almost five percent. Aareal plans to distribute EUR 1.50 per share, provided the supervisory authorities agree.

The  shares of the French supermarket chain fell 6.3 percent in Paris. On Friday they had lost similarly because of the resistance of the French government to the deal.

Investors should currently look at the bottom of the Dax.

The  focus is on the 13,500 point mark. Medium-term investors can lower their stop-loss mark in this area. Because a slide under the former “breakout mark” would be a negative signal.

The  calculation behind it: For almost six months, the German benchmark index moved sideways between around 13,500 points (exactly 13,460 points) on the top and 12,300 points on the bottom. Only at the end of October, shortly before the US presidential election, this phase was interrupted for a few trading days when the Dax slipped to 11,450 points. In retrospect, that was the signal for the strong continuation of the rally that followed.

Based on the bandwidth of the month-long sideways movement within 1200 points (13,500 minus 12,300), the coming trading range can also be estimated according to technical analysis. That should have a similar breadth, so the Dax – roughly estimated – fluctuates between 13,500 points on the bottom and 14,700 points on the top.

Can Thomas Tuchel work successfully as a national coach?

Coronavirus: Partial lockdown in Germany will be extended until January 10th

Moving to Singapore – What the WEF decision means for Switzerland

Psychotherapy on TV: Germany on the corona couch – media –...