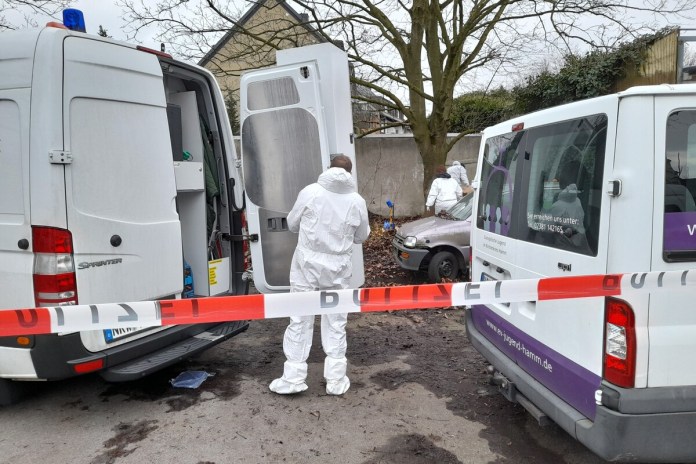 The  body of a 22-year-old woman who was killed was found in a parking lot in Hamm.

The  corpse of one killed 22-year-old woman was found in a parking lot in Hamm.

Shortly after the fact became known on Thursday evening, a suspect was arrested, the police said on Friday morning.

The  man was 23 years old, said the responsible public prosecutor.

The  background is still unclear.

The  “Westfälische Anzeiger” had previously reported.

An autopsy will be carried out on Friday morning to determine the cause of death, said the prosecutor.

Research by the local radio station “Radio Lippewelle”, according to which the woman is said to have been stabbed, initially did not confirm the investigative authorities.

Further details were not known at first.

The  victim, who was found dead in a parking lot in Hamm on Thursday evening, was apparently pregnant.

The  suspect is a 23-year-old German from Bergkamen, who, according to the public prosecutor, was in a relationship with the woman.

The  body was found on Thursday evening in a parking lot in downtown Hammer.

The  cause of death was bleeding to death from massive cuts in the neck area, said Dortmund public prosecutor Felix Giesenregen.

The  suspect should be brought before the judge on Friday.

The re are indications that the 23-year-old consumed alcohol or drugs. A blood sample was therefore taken from him. According to Giesenregen, the two did not live together.

The  investigators now want to question the relatives to shed light on the background. Cell phones are also to be evaluated.

Brexit negotiations: no deal in sight

After knife attack at Maschsee: Victims out of danger | ...