Police officers caught a dealer in Berlin’s Hasenheide. During a search, the officers found kilos of drugs.

A drug dealer was caught by the police in Hasenheide in Berlin-Neukölln. During the subsequent search of his home, the police found three kilograms of marijuana and a five-figure sum on Friday afternoon, as reported on Saturday.

Police officers had observed the 39-year-old man when he wanted to supply the dealers in the Hasenheide with marijuana. They arrested him and found him packed around 200 grams of marijuana in 36 sachets. In the man’s apartment, the police discovered, in addition to the other drugs and money, records of the purchase and sale of drugs since 2019.

VfB Stuttgart: Mislintat the top commitment for Rummenigge! Europe in...

Cathy Hummels defends herself against rumors of marriage, her fans are... 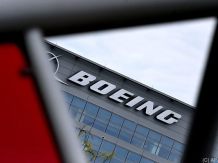 After engine failure: airlines leave Boeing 777 on the ground –...

Schillinger: “The car hit us in full”

Rockford, Illinois (USA): Three dead after being shot in a bowling...