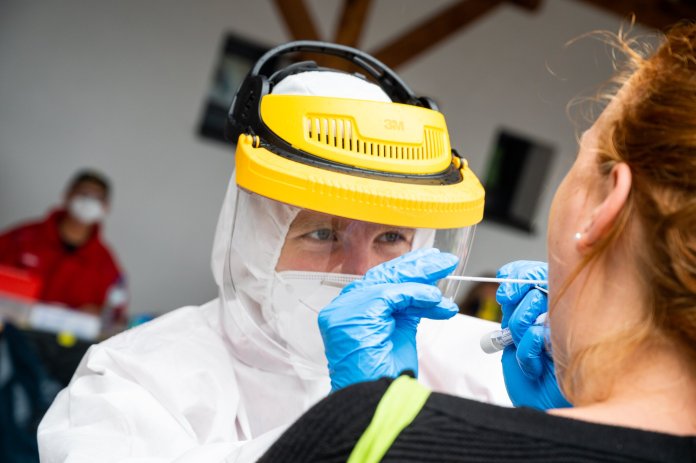 Due to the failure of the federal government’s plans for “free testing” and thus a quasi-extension of the complete lockdown, the population tests in Upper Austria are now also postponed by a week – new date: 22nd to 24th January.

The -current lockdown is currently valid until January 24th for all Austrians.

The -previously envisaged possibility of “free testing” will not exist – that was announced on Monday after several days of federal political hiccups.

The -reason for this is the lack of a majority in the Federal Council. According to Governor Stelzer, this is why the population tests, which were actually planned from January 15 to 17, will be postponed by a week – “ In order to accompany the opening as safely as possible”.

Those who have already registered will be tested

Anyone who is already registered for a voluntary test on the original date should receive it despite the postponement. Affected persons will be contacted and informed about how to proceed.

The -date should remain, the location, however, could still change.

The -government itself is responsible for extending the general lockdown until January 24, says Luger. Although he understands short-term decisions in the current situation, an assessment period of only four days is a “mockery” – “From this point of view, the government, with its over-riding mentality, is itself responsible for the later opening of retail, hotel, personal services and catering “Says Luger.

Luger also hopes for an end to the population tests in this way: “ It makes a lot more sense to constantly offer free tests in several municipalities and cities in Upper Austria from January 25th than to mobilize the entire population every 3 weeks,” so Luger. According to Governor Thomas Stelzer, talks are already underway with the city federation, municipal federation and emergency organizations. “After the lockdown, Upper Austria will also allow voluntary and regular testing of the population in order to protect health and pave the way towards normalcy. To this end, the decentralized offers are being expanded, ”says Stelzer.

Now new: True to the motto “ Make life in the region better”, Regionalmedien Austria (RMA) have set up a network to make life in the region easier for women and through which women can network on site. AUSTRIA. Regardless of whether you are looking for other interested parties, new career opportunities or carpooling in your free time: You can post free advertisements on meinviertel.at/frauennetzwerk or use a regional search filter …

Bitcoin price rises above 48,000 dollars for the first time

Belarus announces its own sanctions against EU representatives

She only speaks to Amira: Pocher-Ex with a statement at “Grill...

Bares for Rares: Woman listens to offer for Disney picture –...