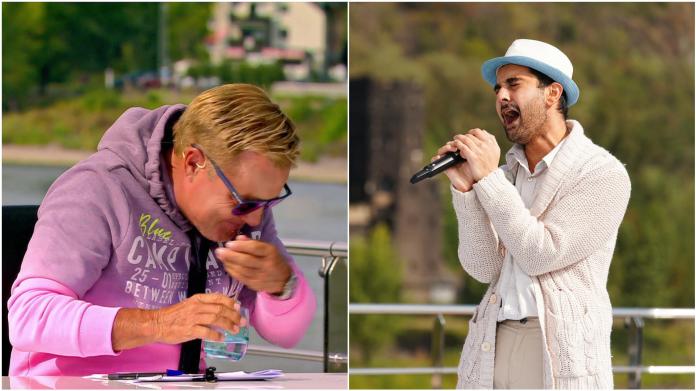 Dieter Bohlen can no longer – with laughter!

Sure, in 18 years of DSDS Dieter Bohlen has heard and seen a lot. But THAT is completely new even for the die-hard chief juror! With his bizarre appearance on “Chandelier”, Shada Ali provides a truly legendary DSDS appearance that brings tears to the pop titan’s eyes – with laughter. Even simple things like drinking become a real challenge … Shada’s screaming performance can be seen in full glory in the video.

Shriller as the DSDS candidate Shada? Does not work at all!

“I’ve seen the shrillest candidate in my entire 18 years.” When Dieter Bohlen says that, it really means something! But anyone who takes Shada’s performance to heart knows that the chief judge was not kidding. Shrill tones that get under your skin and Michael Jackson moves à la DSDS icon Menderes Bağcı: Shada gives full throttle on the “Blue Rhapsody”. DSDS juror Maite Kelly has to close her eyes every now and then – and that’s certainly not because Shada hits the right note.

But even if the 23-year-old is not a feast for the ears – at least not in the classic sense: His appearance is guaranteed to go down in DSDS history.

Is there a rush in the supermarket now? That changes...

According to “Dennik N” – Slovak University wants to examine Aschbacher’s...