BVB beat Wolfsburg 2-0 and scored important points in the fight for the CL starting place.

Borussia Dortmund has won the top game of the 14th round in the German Bundesliga and scored important points in the fight for the Champions League qualification.

The -team of returnees Erling Haaland defeated coach Oliver Glasner’s VfL Wolfsburg 2-0 (0-0) in their own stadium on Sunday.

The -goals for BVB were scored by Manuel Akanji (66th) with a head and Jadon Sancho (91st) after a counterattack.

As a result of the success, Dortmund improved to fourth place, three points behind third Leverkusen. Wolfsburg fell back to sixth place behind the tied 1. FC Union Berlin. From 6 p.m., serial champions Bayern Munich fought at home against Mainz 05 to regain the top of the table.

Xaver Schlager was in action for Wolfsburg up to the 87th minute, he left a good shot opportunity unused in the 5th minute. Replacement goal Pavao Pervan was missing due to a corona infection. At Dortmund striker young star Haaland, who came back for the first time since the end of November after surviving a muscle fiber tear, remained colorless.

Health – Stuttgart – For the first time all cities and... 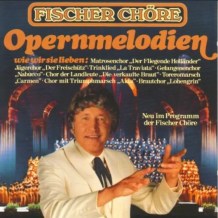 GOTTHILF FISCHER passed away – FLORIAN SILBEREISEN and other celebrities are...

Comparis compares rental deposit insurance, but it is not worth it