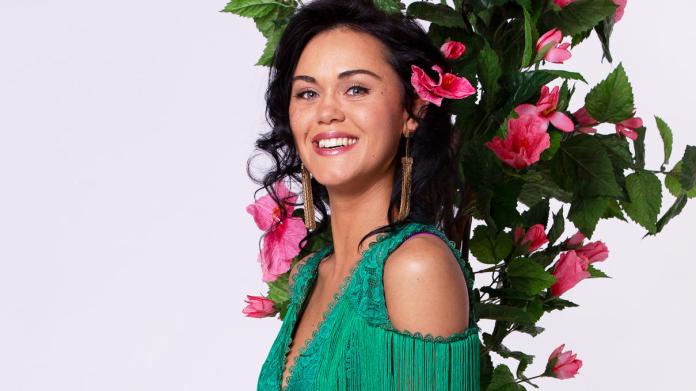 Vanessa Neigert: “A wish can come true if you believe in it”

With her special voice and her special outfits, Vanessa Neigert quickly became the DSDS viewer’s favorite in 2009. And now she can look forward to unusual clothes and plenty of shows on “Let’s Dance”:

The  28-year-old is in the 14th season! Quite a challenge, because Vanessa Neigert only became a mom again in September. But the singer is more than ready and is looking forward to the adventure: “My heart’s desire to be part of ‘Let’s Dance’ has come true!”

The  28-year-old tells us in the video what she’s looking forward to the most!

Vanessa Neigert was born into a family of artists. She finally became known to a wider audience through her participation in the sixth season of “Deutschland sucht den Superstar” (2009). At that time, the 16-year-old convinced the jury and her fans, especially with her crazy and flashy manner, and achieved sixth place in the theme shows. Mostly she interpreted hit songs from the 1950s and 1960s.

After leaving DSDS, Vanessa continued to pursue her dream of earning a living as a musician and at the age of 17 she finally recorded her debut album “At 17 you still have dreams” (2009). It reached number 31 in the German album charts.

Her second studio recording “I give a party” followed only a year later. In small steps, the then 18-year-old became a well-known singer in the scene and with her third album “Volare” in 2012 for the first time with “Ich bake mich ein Mann”, she got a song that was written especially for her.

In 2014 Vanessa’s fourth album “Caprimond” and the singles “Du” and “Hey Du!” Were released before taking a break. In April 2019, new music finally followed five years later. Vanessa Neigert’s first release after her baby break was the single “At my side” with the accompanying rockabilly-style video. In February 2020 she released her current single “Emotions Never Die”. Neigert has often appeared on “ZDF-Fernsehgarten” and on “Immer wieder sonntags” (ARD) and is always a welcome guest there.

Messages can optionally be displayed in the taskbar

“Tatort” from Kiel and Borowoski: Who are the Incels? Four...

Car market is losing less in Russia than in Western Europe...

Eleven-year-old spoke of beheading: What happened after the death threat against...

State Street and UBS discuss merger of their fund divisions |...