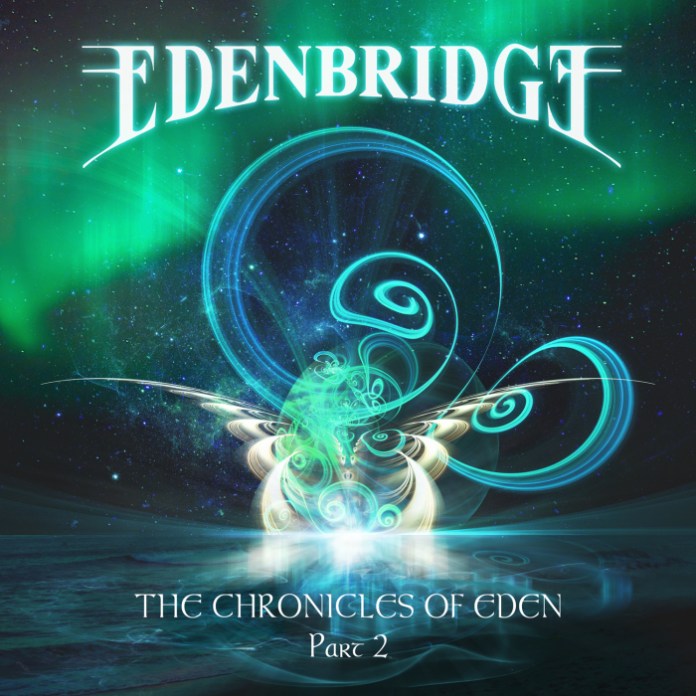 Thirteen years have passed since EDENBRIDGE launched their first retrospective, “The Chronicles Of Eden”, which included a BestOf of the songs from the first album “Sunrise In Eden” in 2000 to “The Grand Design” released in 2006. Exactly five more albums, but many years later, it is now time to add a new part to the chronicles of one of Austria’s most famous symphonic metal bands: “The Chronicles Of Eden Part 2”.

Carefully selected (and with fan support), the double CD set presents itself as a comprehensive retrospective of EDENBRIDGE’s recent work. The fact that the sing-along hymn “Higher” from the 2010 album “Solitaire”, which should no longer be absent from any concert, functions prominently as the opener, can be seen as a clever move, as people who have previously been incomprehensible have not yet heard of the long-serving formation, very easily. As a result, the titles that create a perfect overview of the range of EDENBRIDGE are lined up coherently, so that you hardly have the feeling of listening to a BestOf. From crisp, short titles such as “Inwards Passage” or an Easter re-recording of the title track from the latest album “Dynamind” to the sprawling, proggy longtracks “MyEarthDream”, “The Greatest Gift Of All” and the 15-minute chunk “The Bonding “stretches the curve and thanks to the mixing, there is no time to get bored – with almost two and a half hours of material this is not common.

Of course, the listener does not have to do without the catchy tunes known from EDENBRIDGE, such as “Alight A New Tomorrow” (“The Bonding”, 2013) or “The Moment Is Now” (“The Great Momentum”, 2017). There are also acoustic songs like “Eternity” and edgier pieces like “Shadowplay” or “Mystic River” and also more unusual songs like “Tauerngold” from the latest output have found their way onto the “Chronicles”. To top it off, the Upper Austrians then integrated a few bonus pieces into the track list – on the one hand the already mentioned Easter version of “Dynamind”, but also additional, current acoustic versions of “Higher” and “Paramount”. There is also a suite for guitar and orchestra from “MyEarthDream” from the album of the same name, released in 2008, which skillfully brings to light another of the many facets of EDENBRIDGE.

Even if “The Chronicles Of Eden Part 2” might not contain anything “new” for real fans, the overview of the past five albums by the local symphonic metallers around mastermind Arne “Lanvall” Stockhammer and singer Sabine Edelsbacher should not be left out. Where other bands lovelessly press a few songs on CD, EDENBRIDGE thought about tension arcs and a coherent arrangement of the titles, so that the second part of the “Chronicles …” became a catchy musical journey through the universe of EDENBRIDGE and almost like one stand-alone double album from a single source. Rounded off by the spherical design on the cover, for which EDENBRIDGE has always been known, the BestOf offers high-quality full service both for fans and for interested newbies who want to get an overview.

The tension rises – now the count is in Moutier (and...

Helene Fischer: A tight sequin dress – here she shows her...