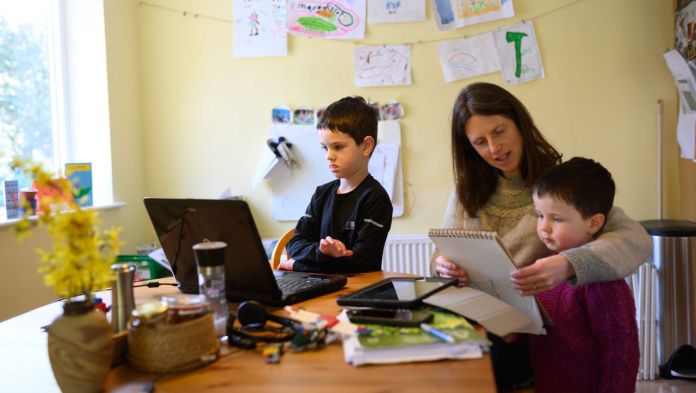 While the schools in England are closing again due to the corona crisis, the BBC is taking a remedy: Every day, educational offers are to run for several hours on television and thus complement digital learning. The British Broadcasting Corporation announced that it will offer the largest educational offering in its history. The reason for this is that restrictions have been imposed in England and Scotland as the number of infections increases, which means that most children are no longer allowed to go to school.
Now, starting next week, the BBC’s children’s channel CBBC will have a three-hour block of programming for elementary school students, and BBC Two will focus on content for secondary school girls.

School closings had raised concerns in England and Scotland about how parents can help their children study at home while they work. There is also a gap between poorer and richer families when it comes to access to resources like the Internet.

“Education is absolutely important,” said BBC Director General Tim Davie. “The BBC is here to do its part, and I’m delighted that we were able to make this available to the public so quickly.” UK mobile network and broadband operators are also supporting the offer. They are removing data restrictions to help disadvantaged children in England to watch classes online after school.

Why the Dax is peaking right now – economy

Corona vaccination: trouble with seniors and problems with delivery The new face of the leader of the strong pride of...